PAP MP Inderjit Singh: Singaporeans must continue to voice our concerns and the government can and will solve problems

I received many comments to my post last week, and many messages from Singaporeans, both personally as well as online. Although I disagreed with some policies which I highlighted, some seem to think that I was rejecting all the PAP Government’s policies which is not the case.

In my post, I touched on a number of issues in the way some policies have been implemented which I felt should have been better done. But I also acknowledged that the government has been resolving many of the problems, like transport and housing, and setting a new direction for the future especially in our social policies. For example, I pointed out that the icing on the cake was the Pioneer Generation Package, which is a good example of an inclusive policy showing compassion.

I am sure the government will continue to focus on solving the problems I mentioned and it will be good to also focus on how to have better policy formulation and implementation so that we have more effective policies in the future. I am confident the government will be doing this. Using the OSC approach for major policies will be one good way to have more ground up inputs for better policies.

The government has also put in place many social safety nets in the last three years and this has generally been helpful, but as I mentioned in my post, what will be useful is for the government to help Singaporeans through higher incomes instead of hand-outs. Compulsory progressive wages for cleaners and security officers is a good start, which I have been calling on the Government to do for many years. I would like to see this expanded so that we can see more Singaporeans earning a decent living wage.

While many Singaporeans wrote to me to express their appreciation for my post, some who wrote to me said I made some factual errors especially when I mentioned that cost increases had outpaced wage increases. Let me share what they highlighted to me. They pointed to government statistics that showed that net wages for Singaporeans have generally risen even after taking into account inflation.
One Singaporean currently studying in the UK wrote to me highlighting that the National Talent and Population Division, a government organization, has been keeping in touch with students studying in the UK and overseas.

A couple of grassroots leaders told me they felt that the asset enhancement policy did benefit them with real wealth and they are happy with it. Nevertheless, I was glad the PM said that we are looking more carefully at retirement adequacy such as by improving CPF-LIFE and that MND is further improving policies to help elderly Singaporeans unlock the savings in their flats so that they can look forward to a comfortable retirement without having to worry about their finances. It is important we continue to address these issues so that Singaporeans feel life has become better.

Some have asked me what prompted me to express my views and if they would lead to concrete changes. As an MP elected by the people, it is my duty to make an assessment of the issues which concern Singaporeans based on the feedback I get and reflect them as accurately as possible so that the government can improve upon them. As to whether the government will listen, I can tell you that the reason I voice these concerns so confidently, is because I know they do not fall on deaf ears and that some action will be taken on them. I have seen this for the past 18 years in Parliament and that spurs me on to keep on doing my best as an MP. So the PAP government can and will solve problems and we all must continue to voice our concerns and feedback.

The debate in Parliament last week was a robust one. I am particularly heartened to see our Prime Minister reiterating what the PAP promised at the last GE2011 – to “Secure Our Future Together”. Many of my fellow MPs also spoke about how we can achieve this and we are on the right track. With this as a governing objective, we should achieve our desired outcome so that all Singaporeans feel their personal and family’s future remains comfortable and secure while the country prospers.

There is one thing we all need to do together as Singaporeans. We need to rally behind this single cause making Singapore a place where our children, and their children, can live comfortably, be proud of and can call home. 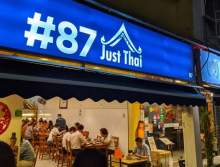