[This article was first published by ZDNet on May 2, 2013]
IDA CEO steps down, former EMC exec to take over
The Infocomm Development Authority of Singapore (IDA) has appointed former EMC executive Steve Leonard as its executive deputy chairman, with civil servant Jacqueline Poh as its managing director. They will replace outgoing CEO Ronnie Tay when he steps down in June.
In a statement Thursday, the local ICT regulator said current CEO Ronnie Tay, who has been at the helm of the organization since November 2007, will return to administrative service and await a new posting once he steps down on June 10, 2013.
Instead of a like-for-like replacement however, the IDA has appointed Leonard, who was formerly the president of EMC Asia-Pacific and Japan, to be its new executive deputy chairman. He had been on IDA's Board of Directors since 2009, and will assume his new role on June 10, it stated.
The incoming executive will focus primarily on industry promotion and development, including strategic planning and manpower development for the infocomm sector, infrastructure, spearheading transformation of startups and local enterprises, and overseeing various national cross-sector programs, the IDA said. 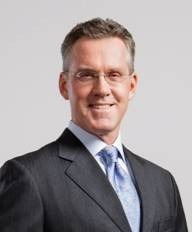 Steve Leonard, IDA's incoming executive deputy chairman, will bring with him over 28 years of IT industry experience. (Credit: IDA)
Leonard has been working in global technology firms for more than 28 years. Prior to his six-year duration at EMC, he had been the senior vice president at Symantec Asia-Pacific and Japan and president at EDS Corporation in both Asia and Europe. 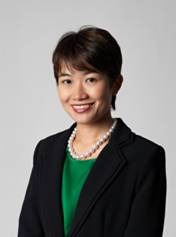 Jacqueline Poh, IDA's new managing director, was formerly in IDA's Administrative Services for 14 years. (Credit: IDA)
To assist Leonard, IDA also appointed Poh as its managing director to lead IDA's policy and regulatory functions, including developing infocomm policy, telecoms regulations and information security, and guiding the strategic Government Chief Information Officer (GCIO) function.
Poh, who is also a board member of Singapore's Intellectual Property Office and Singapore Pools, has been in IDA's Administrative Services for 14 years. She was formerly the Ministry of Manpower (MOM)'s divisional director of workplace policy and strategy division, and also served in other government organizations including the Ministry of Finance.
On the new appointments, IDA Chairman Yong Ying-I said: "Infocomm technology is now pervasive, transforming how societies function, how government engages with citizens, and how business is done. The possibilities and challenges have increased.
"The appointment of an executive chairman and managing director at IDA, who bring strong private sector and public sector experiences with them, will enable IDA to more strongly drive impactful transformation across a broad range of sectors and issues affecting our economy, society and government," Yong added.
Share