I was born in Shanghai and came to Singapore in 1990. Currently, I am living with my husband and 3 kids in Singapore around Hillview. In April 1991, during Mr. Lee Hsien Loong first official visit to China, I am honoured to meet him at Shanghai JC Mandarin Hotel. With his help, within a few months, I obtained my PR status. 3 years later, I became a Singapore Citizen. 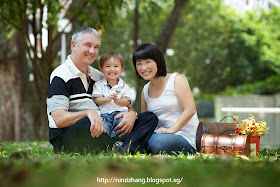 My first job in Singapore is a salesperson in Triumph. My first month's salary was only SGD$400. When I left the company about a year later, my basic salary plus commission amounted to more than SGD$3,000 in early 1993.
I then went back to Shanghai to be a housewife.
In late 1996, I brought my 2 children back to Singapore. At the same time, I started door to door sales selling vacuum cleaners. I first started out as a salesperson and later, managed a few companies. On April 2009, during a new immigrant conference, I was honoured to receive compliments from Mr. Lee Kuan Yew, and under his recommendation, various media interviewed me. This gave me a lot of encouragement. My company’s turnover grew from SGD$4 million in 2008; to SGD$8 million in 2009; and to SGD$16 million in 2010; and eventually to SGD$20 million in 2011.
In early 2012, I realized that I had some major internal problems within my company. In mid 2012, my business fell sharply by half and faced major losses. In the defence of my business, like in a "war", I fought with great difficulty and fortunately, within 9 months, my business completely recovered. In 2012, my company’s turnover maintained at SGD$20 million. My initial estimation is that this year, it will increase to more than SGD$30 million . However, I was forced to place my focus on another “war”, and this is more difficult as it isn't in a familiar "battleground". This is a "war" between a salesperson and lawyers.
A famous director once planned to screen write a drama about my life. They told me that my experience can be filmed into an “Ah Xin” type of drama. However, I am only in my 40s and there is a long way to go. I will definitely face more tribulations and also more excitement.
A fortune teller told me that I will have a toiled life and can only semi-retire in my 60s. I hope that when the time comes, I can tour the world with my husband then quietly write a book about my life. Every post in my blog can let my memories slowly string together. 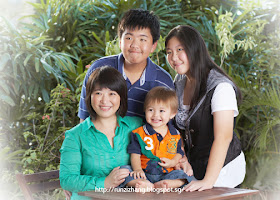