SINGAPORE — The first man who claimed trial over his alleged role in the Little India riot last December has failed in his bid to have his case thrown out of court.

Mahalingam Thavamani is accused of obstructing Deputy Superintendent of Police N Subramaniam from dispersing the crowd near the scene of the riot on the night of Dec 8.

The 27-year-old Indian national’s lawyers had made a “no case to answer” submission.

The lawyers had pointed out that DSP Subramaniam — the officer who ordered Thavamani’s arrest that night — had admitted during the trial that he did not recognise the accused.

One of the prosecution’s witnesses, Inspector Chris Lee, had also testified that there was no evidence to show the construction worker had used any force that prevented DSP Subramaniam from discharging his duties.

Inspector Lee is the senior investigating officer in charge of Thavamani’s case.

In their submissions to the court, the prosecution argued that obstruction need not be of a physical nature. They added that “obstruction is made out if the officer is frustrated in his attempt to perform his duty”.

The prosecution said Thavamani did not comply with DSP Subramaniam’s order to leave the vicinity.

The non-compliance, which the prosecution said lasted for about 10 minutes, “did, in fact, frustrate DSP Subramaniam in his attempt to perform his duty”.

District Judge Salina Ishak ruled yesterday ruled that Thavamani had a case to answer. His trial is set to continue on May 19.

If found guilty, he faces a maximum penalty of eight years’ jail and a fine.

Last Thursday, former construction worker Ramalingam Sakthivel, the first man to plead guilty to rioting in Little India, was sentenced to 30 months’ jail and three strokes of the cane.

The 33-year-old Indian national had rallied those around him at Race Course Road to flip a police car, and threw projectiles at the police during the rioting. 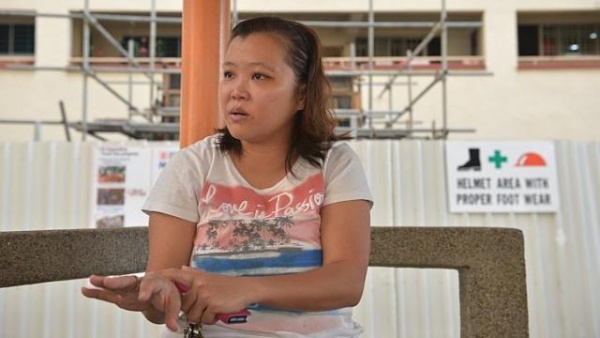 “I AM STILL SCARED OF LITTLE INDIA” POLICE WANT TO STOP SALES OF BOTTLED BEER AT TEKKA