Sometimes those of us in uniform can't help feeling the public has a bone to pick with us. You get STOMPed for playing PSP on the bus. You get STOMPed for carrying your girlfriend's handbag. You get STOMPed for eating in a hawker centre. It really makes you not want to go out in uniform. And then there always seems to be questions like "Who is really going to attack Singapore?" or "Aren't we too small to put up a fight anyway?"So when I saw this article, "Time to overhaul Singapore’s national security policies" on Yahoo, which I am told is a hotbed of anti-government sentiment, I just thought "here we go again…" but still I had to read it to see if there was anything valid. The points made are nothing new, apart from those that are outright factually wrong (see if you can spot them). Here are some snippets:

But what really got me smiling were the comments. Here are the top comments as voted by Yahoo blog's readers: 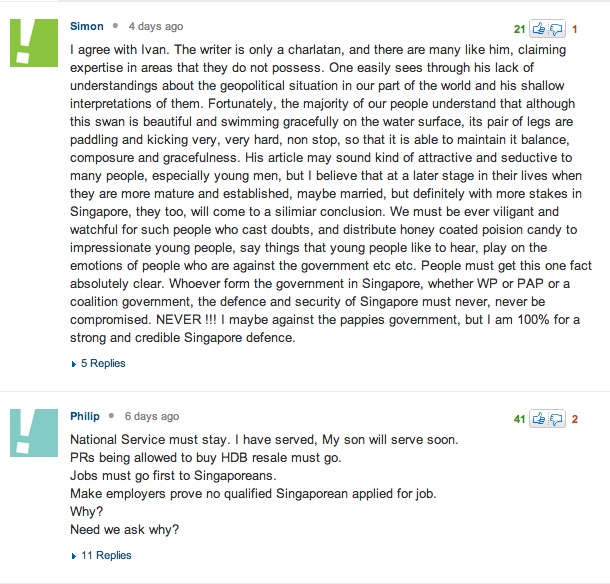 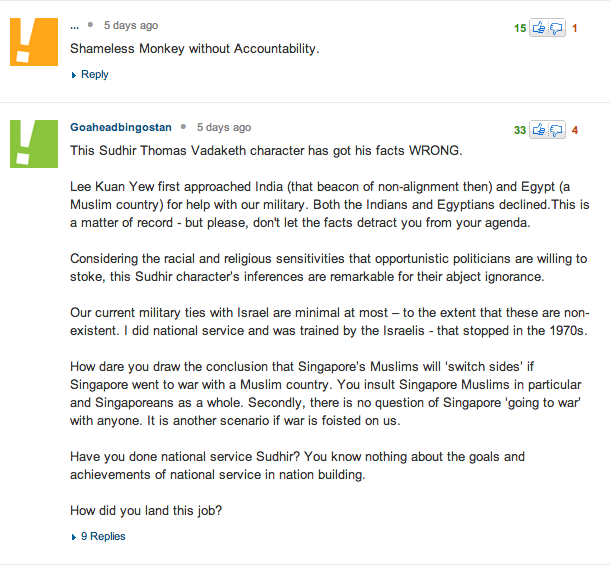 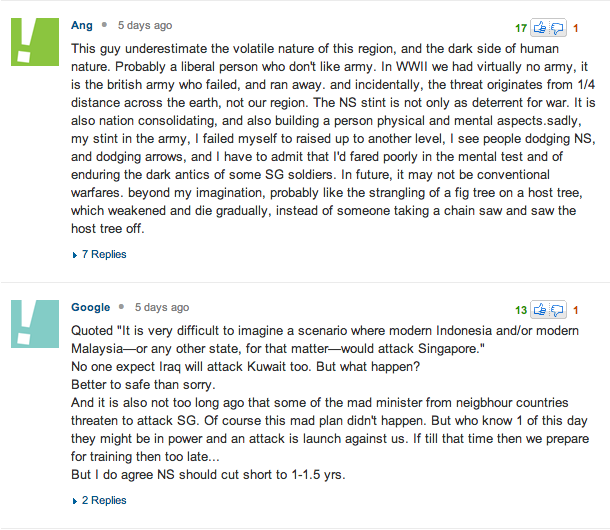 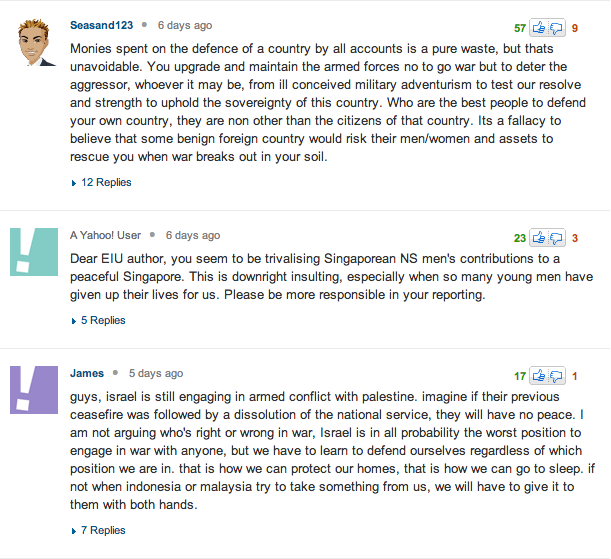 I didn't cherry-pick the best ones, I just did a couple of full screen grabs. They majority of readers (as voted by other readers) do understand the importance of defence and the need for national service. "Fortunately, the majority of our people understand that although this swan is beautiful and swimming gracefully on the water surface, its pair of legs are paddling and kicking very, very hard, non stop, so that it is able to maintain it balance, composure and gracefulness. "Everyone likes to feel appreciated, even your soldiers in uniform and even the NSF and NSmen. It is great to know that the public does understand the importance of what we do, and that NSmen are coming forward to speak up for it. It gives me that extra motivation to go to work in the morning 🙂