I've always liked to learn about the history of places in Singapore, how it came into being, what it went through or was like. With ever increasing modernity in Singapore, some places are being consigned to history without people realising what it was in days gone by. So I've decided to start a new series looking at the various estates in Singapore. I'll begin with a colourful district in the North East – Seletar.Seletar 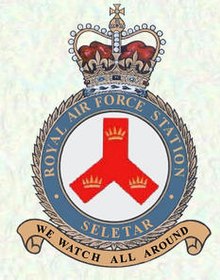 (The coat of arms of RAF Seletar when Singapore was still part of the Straits Settlements)A) Seletar was originally a rubber plantation before the British Govt decided to build an airbase in the Far East. The idea was first mooted in 1921 and in 1923, the Straits Settlement Govt agreed to its handover. 600 acres of land belonging to the United Rubber Plantations Limited was acquired including 100 acres of mangrove swamps. The swamps were filled, coconut trees cut down and hills leveled, before the RAF Seletar Airbase was completed in 1929 under the direction of Mr CE Woods. It was declared open on January 1st 1930. It also has a civilian terminal which is still in operation today, making Seletar the first and oldest airport in Singapore.

(RAF Seletar Airbase as it appeared in the early 1950s)It was also the RAF's first airbase apart from India in Asia. The runway was just a strip of flattened grass. However when the Japanese occupied Singapore, they replaced it with a concrete runaway. After the war, the RAF again took control before handing it over to newly independent Singapore Air Force in 1968. It served as dual military and civilian airport before the Civil Aviation Authority took over full control. 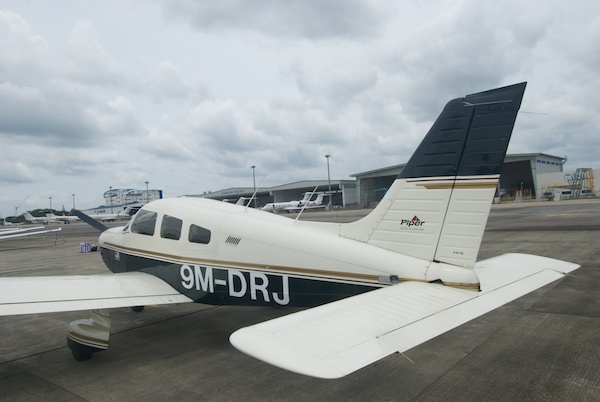 (Today Seletar Airport remains an international airport but primarily serves private flight schools and owners of private planes such as the above)Currently it serves just 1 airline – Berjaya Air, but plans are already afoot to make Seletar an aviation logistics hub, with runway extensions to accommodate the bigger Boeing 737s and Airbus A320s. It primary clientele now are flight schools and as an airport catering to private planes. B) Seletar was primarily a private housing estate. It encompasses the areas surrounding the airbase and later military camps and extends into the farmways and carpentries off Jalan Kayu, into the Seletar Hills Estate off Yio Chu Kang Road. There were some 'kampungs' in the East Camp and Jalan Kayu. The West Camp comprised mainly of colonial terrace houses and bungalows for the expatriate British and Australian communities. The unique thing about the West and East Camps are that all the roads are named after streets and places in London. You'll find names like Piccadilly, Lambeth Walk, Battersea Road amongst others there. 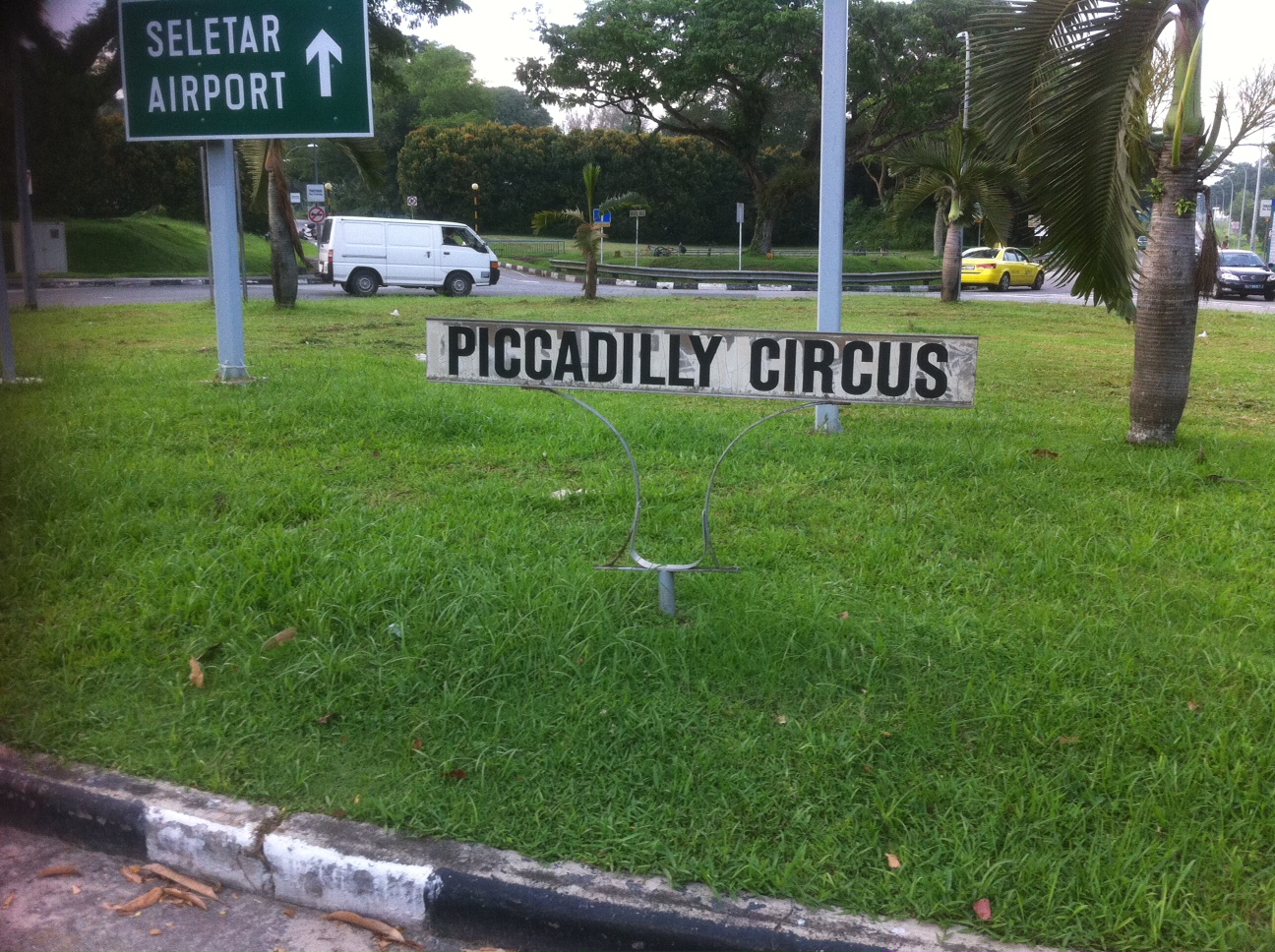 (London comes to Singapore courtesy of Seletar. It might not be the same as its London original but Piccadilly Circus is still standing today)Seletar also had a few HDB blocks at Seletar Road and Seletar East Farmway. These were eventually torn down and the residents given an option to buy new flats at Fernvale. Fernvale now sits on a plot where carpentries and pig farms were situated. Oh yes, an unmistakable smell of Seletar in the late 1960s and 1970s were those coming from the pig stys. 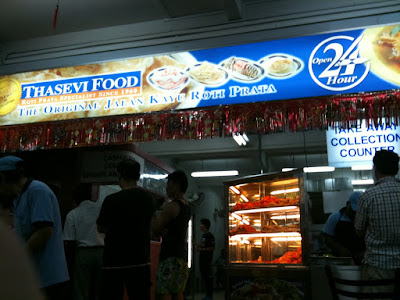 (Thasevi is the original Jalan Kayu prata shop. You know it has to be good, when no one comes to take your order, instead you have to place your own and pay before the food is served)Jalan Kayu had a small kampong surrounded by firstly PWD quarters and then later semi-detached and terrace houses. The famous Jalan Kayu 'roti prata shop – Thasevis, started there with a corner stall in a coffee-shop in 1960. Many still consider it to be Singapore's best prata.

(The old market and food centre at Seletar Road, it saw the new millennium in but has since been torn down and in its' place now sits Greenwich Village)Seletar also had number of schools – Jalan Kayu Primary and a Chinese medium one (unfortunately I've forgotten its name). It had an outpatient public clinic (precursor to the present day polyclinics)and a number of 3 to 4 storey flats called quarters as well. In the East Camp these were Army quarters and off Yio Chu Kang Road near Jalan Kayu, they were for telecoms staff and their families. And Seletar even had a small prison – Seletar Prison, mainly for petty criminals. It had a golf course (the club has remained but moved further in). It was from this course that current SPGA President M Murugiah got involved in the sport as a caddy back in the 1970s.

(The old guardhouse into Seletar East and West Camps. If you weren't a resident, you'd have to exchange a pass before entry was granted)Before the military took over full control, with the 2nd Battalion Guards amongst others moving in, Seletar Beach was still open to the public, including the clubhouse. They also had a private taxi service – the Seletar Car Company, before the Govt bought them out in the late 70s. If I'm not mistaken the first feeder services also started in Seletar with services 314E (East) and 314W(West) plying between the Jalan Kayu bus interchange and the estate. Services 70, 103 and 163 terminated at Jalan Kayu.

(The old Jalan Kayu bus terminus lasted right up to the mid 1990s, not bad for a small estate like Seletar to have 4 services plying the area)C) Finally I'll touch a bit on the electoral history of Seletar. As part of the Rural East in the first Legco Elections of 1948, Seletar was represented by Sardon b Jubir, who ran as an independent. He served for 1 term before switching over to Malayan politics by joining UMNO. Seletar became a seat on its own in the next Legco Elections of 1951, seeing a 3 way contest. The Labour Party and Progressive Party both fieled candidates but they ate into each others votes allowing a Mdm Vilasini Menon, running an independent to sneak home. Unfortunately for her, she was charged with CBT in India a year later and was forced to vacate her seat. In the by-election there was a walkover with City Councillor, the lawyer MPD Nair winning the seat. 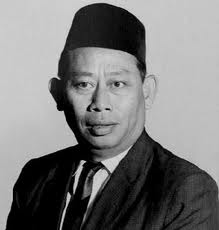 (Sardon b Haji Jubir – Seletar's (Jalan Kayu) first ever elected representative)With the creation of a local Govt for the 1955 Legislative Assembly Elections, there was a 4 way contest for the seat. MPD Nair again retained the seat albeit by a wafer thin margin. With self govt on offer in 1959, the PAP put up a candidate in the newly renamed Jalan Kayu seat. 28 year old farmer Tan Cheng Tong defeated incumbent Nair, then a Minister in the Lim Yew Hock Singapore People's Alliance Govt. In the 1963 elections, Mr Tan ran again but this time as a Barisan Socialis candidate and he narrowly defeated 3 others to retain his seat. But the Barisan eventually walked out of Parliament in 1964 and the seat fell vacant. In the mean time, Singapore would go on to become independent and the next elections were only held in 1968 – which resulted in a PAP clean-sweep (which they would do so until the 1984 GE). PAP's candidate this time Hwang Soo Jin easily defeated the newly created Worker's Party candidate winning 82% of the votes to become Jalan Kayu's (and Seletar's) first Member of Parliament.

(Mr Hwang Soo Jin – Jalan Kayu's first ever elected Member of Parliament. He served 4 terms)Hwang Soo Jin would continue to represent Jalan Kayu until the 1984 GE, in each of the electoral contests of 1972, 1976 and 1980, he defeated the area's former Assemblyman MPD Nair, who had run as a WP candidate. Mr Nair came within a whisker of winning the seat in 1984 garnering 49% of the vote to the PAP's Heng Chiang Meng. With the introduction on NCMP's, Mr Nair was the 'best loser' but did not take up the seat.

(JB Jeyaretnam nearly led the WP to victory in Cheng San GRC (including Jalan Kayu/Seletar) in the 1997 GE)From 1988 onwards Seletar/Jalan Kayu has been part of a GRC, uncontested as Cheng San in 1988. An easy PAP followed in 1991 before the battle royale of 1997. JBJ himself led the WP team against the PAP team led by Lee Yock Suan. They came close but not close enough. This also marked Mr Heng Chiang Meng's final term as MP for the area. He was replaced by Mr Wee Siew Khim in the 2001 GE when the ward was part of the 6 man uncontested AMK GRC team. In 2006, the WP send its rookie team led by Yaw Shin Leong, they managed a creditable 34% of the vote against the PM's team. Finally in 2011, Mr Wee retired and was replaced on the ticket by Ms Intan Azura Mohktar (I honestly forgot the PAP had such an MP!). The PAP team defeated a makeshift Reform Party team that itself garnered a decent 30% of the vote. (PAP's Mdm Intan Azura Mokhtar, the current MP for the Jalan Kayu constituency)With that I conclude this first part of a series looking back at old estates in Singapore. This will be an on going series and I'll be posting newer ones from time to time. I hoped you found some of the information useful, with the photos bringing back memories (if you had lived or visited there).

She decided to post on Tiktok to ask for help. In her Tiktok video, she …