The Biggest Mosquito Breeder in Singapore is Our Selfish Mentality

My friend Gintai did a post titled, "Who is the biggest mosquito breeder in Singapore?" Needless to say, it went viral, like every of his posts usually do. In his article, he shared a story of his millionaire friend (Caveman) who was unhappy being fined by NEA for "mosquito breeding" with his garbage bin supplied by SembCorp. After reading Gintai's post, from my understanding, Caveman felt indignant because he pays SembCorp a conservancy fee each month to clear his bin. As such, they should be the party maintaining the bins and take any responsibilities that comes with it, including mosquito breeding issues. Thus, the tussle with NEA in an email ding-dong.
I wanted to offer an opinion for Gintai and all I have to say is just a few lines, but he wouldn't hear me and told me, "Write a blog post, I will read." Sigh.
Ok brother. First, no matter what I said here, will never be accepted by Caveman. I had enough exchanges with him on the whatsapp group previously to know what kind of personality he has. So I'm just wasting my breath here but I am going ahead anyway, because you asked me to. You decide if my perspectives make any sense to you.
Like I mentioned, the bins being used here in Australia is of a similar design of what SembCorpse provide for people who live in landed properties in Singapore, such as Mr Caveman. See it for yourself. 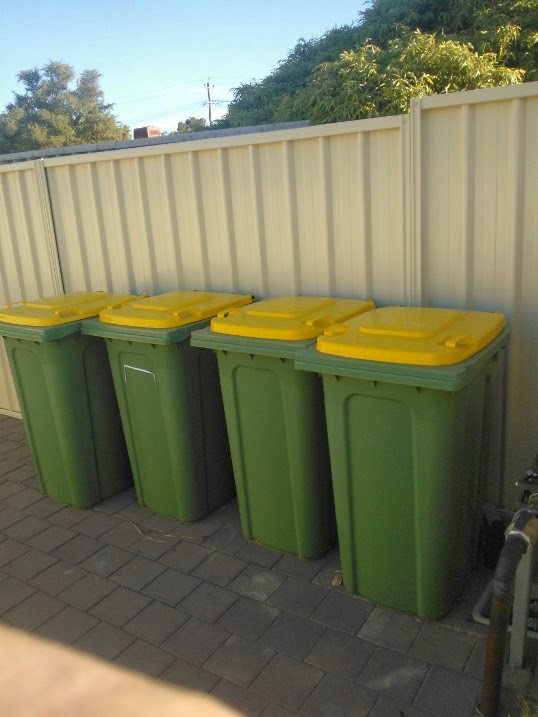 The above bins are recycle bins and they are clearly marked with a yellow cover. Normal waste bins have green covers, just like the one outside Caveman's house. It is obvious there are no special modifications done to the bins here. No special drilled holes anywhere, no anti-water coating that slips water off its surface or any other state of the art technologies or clever designs behind it. Take a look at the bigger bin used in for my village 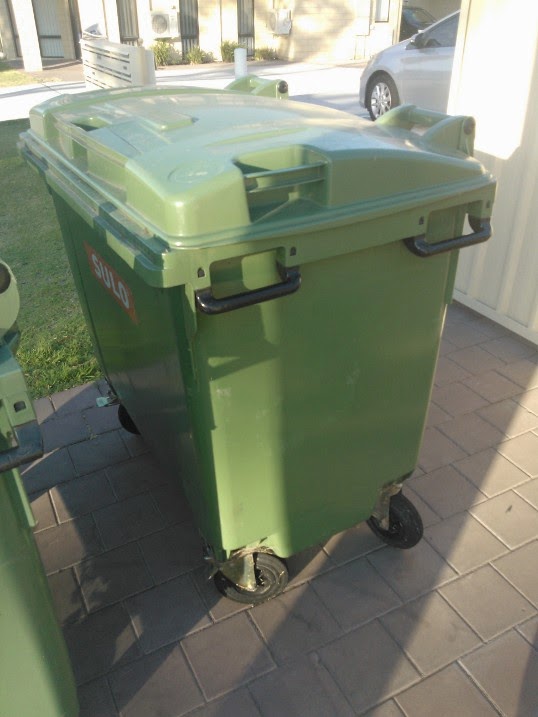 Aren't there more "pockets" to "collect water" like Caveman suggested? But we don't have a mosquito breeding issue around living suburbs here. For those who are not familiar with Australia will assumed that Australia is a dry place with little or no rainfall most of the time and thus, no mosquito breeding issues. That couldn't be further wrong. We have lots of mosquitoes (locals call them mozzies), swarming by the lakes in the evening. The species here are much larger that their bites actually sting enough to make you jump. Since residents in Perth are able to keep their bins "breeding free", Caveman's defence of his offence being caused by a design flaw of the bin cannot be justified.
The problem is caused by the Singaporean level of pushing responsibilities away. The endearing term will be playing Taichi. In fact, it is an unofficial National Sport and it was even displayed to the world in a famous playground in Queenstown when the Prince and Duchess strolled through it. If NEA, SembCorp and owner claims no responsibility of maintenance, who's responsibility is it then?
Personally, I hate this attitude about the Singaporeans who think they are big fucks just because they paid money. Singaporeans who take this attitude along with them overseas give Singapore a bad name. In this case, it is Mr Caveman. Yes – he paid conservancy fees. SembCorp provides him a bin, rents him one if you will. They will replace it if it is damaged or dysfunctional. They will empty the bin for him on a regular basis. That is the agreement. So tell me how is such an arrangement different from renting a household equipment, a car or a house? Would you expect the car rental company to clear the water left on your bonnet or wheels when you go for a holiday? 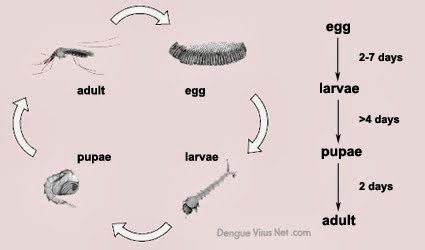 A millionaire like Caveman should know very well if he were to spend a little effort clearing some rainwater from the surface of his bin, there is no way NEA can fault or fine him. How much is a little effort? It doesn't rain everyday in Singapore. When it rains, Caveman has at least a week to stop a successful breeding. He doesn't even need to get his hands dirty. Sweeping water off the surface with a broom works well enough. Or do it the Singaporean way, get Maria to do it. Too much to ask for from a millionaire? Or will he rather go through the hassle of appealing to NEA or going to the court?
I'll share with you how the Australians do it. The bin truck comes around once a week. Only on "bin day", residents leave their bins out by the road for the truck to empty. At the end of the day, the respective owners of the bin will push them back to the houses. Most people will leave them either in their car port, back yard or some even their garage so that even morning dew doesn't form on the bins, much less stale rainwater. There are plenty of room under the shelter for anyone who stay in a landed property, even in Singapore. This practice is habitual and nobody thinks much of it or debate with the council who should take care of their bins.
And yes, we pay for the bin and disposable service too. Big deal?
Share