THE BEAUTY AND THE BEAST

Anyone who can find it in his or her heart to make fun of someone else’s poverty, even if it’s a private joke among friends, is most certainly a beast. There can be no quibble about that. I don’t think there is any right-thinking Singaporean (unless he’s a beast himself) who will deny the universally accepted fact that Jesslyn Tan is a beast.

Then who is the beauty? We all agree the victim of the beast is a wonderful, industrious and honest worker but there is another person in this whole sad episode who emerges as beautiful and virtuous. She is beautiful physically although not in the beauty pageant kind of way which is really all hype, dross and fakery where models starve themselves almost to death just to look sylph-like. But for those of us who know her, what’s truly beautiful is her sincerity and kindness.

I was a little annoyed when I read in one of the alternative news media something about Indranee Rajah. This is what it says:

“This after Indranee Rajah, a PAP MP for Tanjong Pagar GRC, opportunistically wrote on Facebook that we must support the man wearing a holey t-shirt who was made fun of by former Miss Singapore Universe finalist, Jesslyn Tan.”

Granted, this article is intended to be facetious and humorous but I’ve seen elsewhere the comments of people about what Indranee has done in support of the victim of Jesslyn Tan and many of them aren’t at all complimentary.

Indranee spoke up for the victim. She explains that he is an honest worker and she gave the reason why his t-shirt had a hole in it, which was the subject of Jesslyn Tan’s cruel insult. It’s a good thing for someone like Indranee to go out of her way to defend a man who lives in her constituency. Anyone can post in his blog in support of the man but the impact won’t be great. What Indranee has done is courageous and highly laudable.

I understand what many people think. Of course there are a lot of opportunistic people in any government and Singapore is no exception. Like most people, I too have my doubts about the sincerity of some people in government. But Indranee is different. I happen to know her personally as my former classmate in uni and I know how sincere she is. I know that when she spoke up for Jesslyn Tan’s victim, her motives were pure and perfectly selfless and she did it out of a desire to support someone in her constituency. Nobody I know who knows Indranee personally will ever imagine that she was opportunistic in what she did.

I was initially reluctant to write this post. I’m happier talking about the errors of our English language “experts” as I have done in countless posts on this blog (and if you are interested in looking at a list of them you may click here). But then I thought how terrible it must be for Indranee to have her motives questioned not just in this facetious article but by many Singaporeans who do not know her personally but judge her unfairly. I continued to lie in bed on this hot Sunday afternoon nursing a fever (it’s my tonsillitis again) and I thought to myself how horrible our society would be if every good and sincere MP says nothing in support of victims just because they don’t want to be accused of being opportunistic. It does take a great deal of courage to speak up for some victim if you are in government because the default reaction of netizens is to assume that you are just being opportunistic.

I hope to see more such public support from Indranee and other MPs. Those of us who know Indranee or have met her even fleetingly will not doubt her sincerity and those who do not know her at all should be more charitable in their blind judgment. Let’s not excoriate the beauty with the beast.

PAP Minister: Our Savings Are Running Low. Money Must Come From Somewhere

GE2020: No Need To Vote For PAP Because They Can Be NCMP 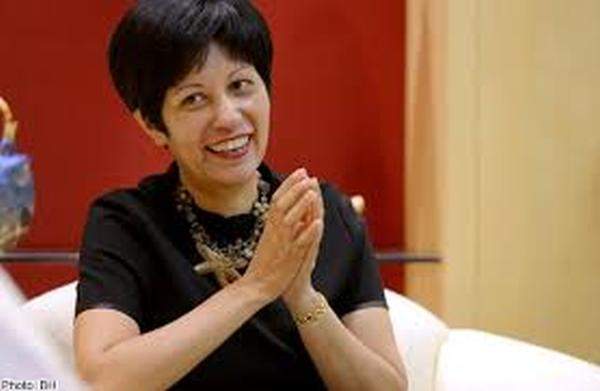 DID INDRANEE RAJAH CONSIDER THE IMPLICATIONS OF HER FB POST ON OXLEY RD?