SINGAPORE — Four public universities have raised tuition fees — by up to 7.9 per cent — for Singapore citizens enrolling in academic year 2014 (AY2014), with some institutions implementing steeper hikes for permanent residents (PRs) and international students. Fees will also be going up at the polytechnics and the Institute of Technical Education (ITE).

The National University of Singapore (NUS) has raised fees for general courses by 2.6 per cent to S$7,850. Popular courses such as business, dentistry, law and medicine saw bigger hikes of 3.3 to 7.9 per cent, with fees for the law programme rising 7.9 per cent to S$11,650 per year.

NUS Provost Tan Eng Chye, who is also Deputy President (Academic Affairs), said the fee adjustment was necessary to defray the higher costs of talent, supplies and services, and to help NUS better meet the needs and expectations of students.

Three other public universities also saw varying hikes in tuition fees for the academic year. At Nanyang Technological University (NTU), fees for general degrees will increase 2.5 per cent to S$7,850. Exceptions include the business and accountancy undergraduate degree programmes, which will see fees rise 3 per cent to S$8,850.

Singapore’s second medical school, the Lee Kong Chian School of Medicine, will charge S$31,500 annually, 5 per cent more than what it charged its pioneer cohort.

NTU said in a statement that the fees were revised to ensure students continue to receive high quality education at the university. “The fee revision will also help to partially defray annual inflationary costs,” it said.

At the Singapore Management University (SMU), fees for all degree programmes will increase by 2 per cent. A spokesperson said the hike is needed to maintain its small seminar-style classes — up to 50 people — where students receive “individualised attention”.

Singapore’s newest public university, the Singapore University of Technology and Design, has also raised fees for Singaporean citizens to S$11,650, a 4 per cent increase from last year.

Both NTU and NUS stressed that their new fees remain competitive compared with overseas programmes. All four universities also said that financial aid schemes are available to those who need them.

With the exception of 2009, university fees have been increasing almost yearly. The Government said previously that it would have more frequent but smaller fee increases rather than a hefty hike every few years.

Earlier this month, the Ministry of Education (MOE) announced significant increases in bursaries and higher income eligibility thresholds for students studying in Institutes of Higher Learning (IHLs) from AY2014. The enhancement, which will cost the Government S$147 million more per year, is expected to reach students in up to two-thirds of all Singaporean households, bringing the total number of students eligible for government bursaries in IHLs to around 120,000 annually.

Noting the adjustment in tuition fees yesterday, an MOE spokesperson said the enhanced bursaries “will more than cover” the fee increases for polytechnics, ITE and general undergraduate courses. The spokesperson also said that current students admitted before AY2014 will not be affected by the changes. 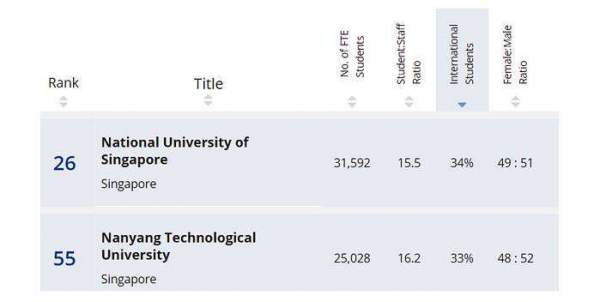 ITE STUDENTS GIVEN $25 BURSARY A MONTH, HOW TO SURVIVE?