When we first moved to Singapore, we started compiling a bucket list of places to see and things to do. I don't remember exactly how the German Girl Shrine ended up on our list, but while we were at Pulau Ubinthis past weekend, I wanted to check it out.
The details of the German Girl, her shrine, and why some people worship her are all a bit obscure, but what little information exists is rather interesting. From what I've read online, she was the daughter of a coffee plantation manager who lived on Pulau Ubin. Sometime after World War I, something happened involving her parents and British soldiers; she was frightened and ran away (what she was running from is where the stories differ). In her attempt to escape, she fell off a cliff to her death. Her body was discovered by workers and eventually given a proper burial. I'm not sure why or how she became a deity, but she has many devotees who visit her temple regularly.
To find the shrine, first follow the signs to the Ketam Mountain Bike Park. This park has gravel and dirt trails labeled by difficulty similar to ski parks, but you won't have to ride on any real trails to find the shrine. On your way there, you'll get to a fork in the road. At the fork you'll see this sign on the left, in the shrubs:

Keep heading in the direction of the park; by now you should be on a gravel trail. You'll eventually see the back side of a yellow structure on the left. Turn left towards it, this is the shrine. As you approach the front of it from the trail, it looks like this: 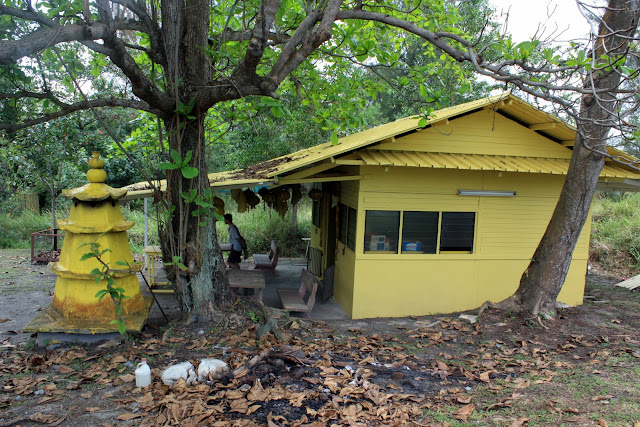 There is no further signage directing you to the German Girl Shrine once you past the first yellow one above, so look out for the small yellow temple. 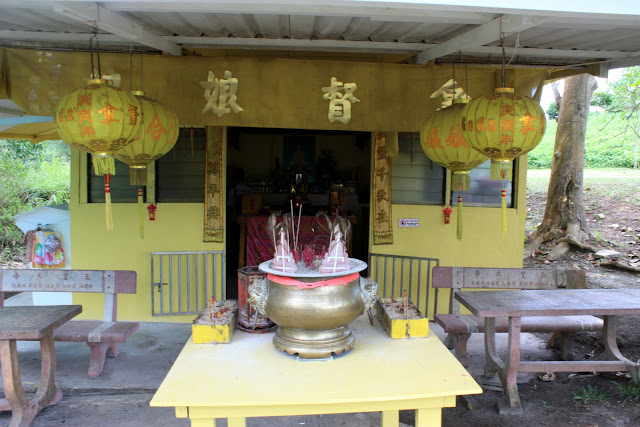 This is the front of the temple from the outside. 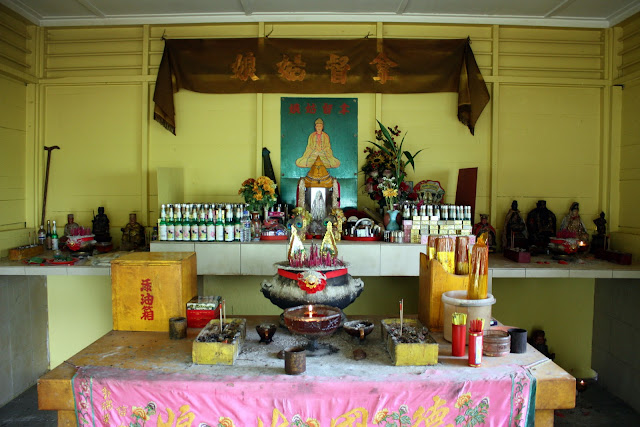 This is the temple from the inside. Sadly, it's quite dirty and dusty inside.

The figure at the altar is actually a Barbie doll. Behind it is an urn. 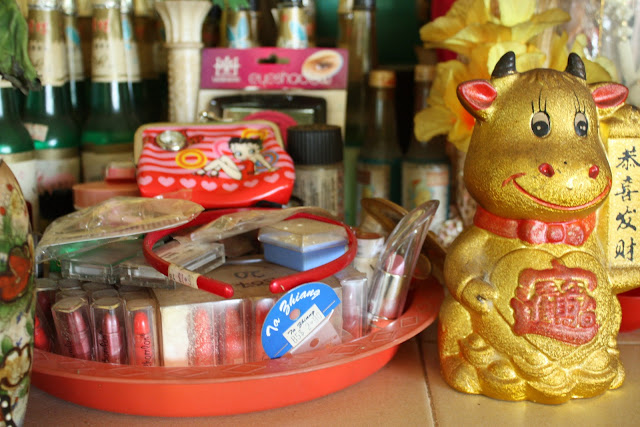 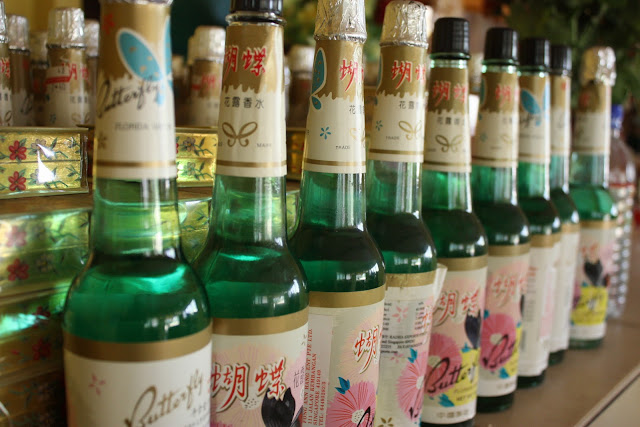 Lots of feminine offerings have been left on the altar for the German Girl. I saw makeup, perfumed water, toys, nail polish, headbands and hair clips, little purses, and jewelry.

Articles about the German Girl are posted on the walls of the temple. If you want to read this article, it has been posted here.
A lot of visitors come to the shrine to leave offerings and ask for prayers to be answered, while others come out of curiosity. Either way, the German Girl Shrine is a unique piece of history at Pulau Ubin.
Share 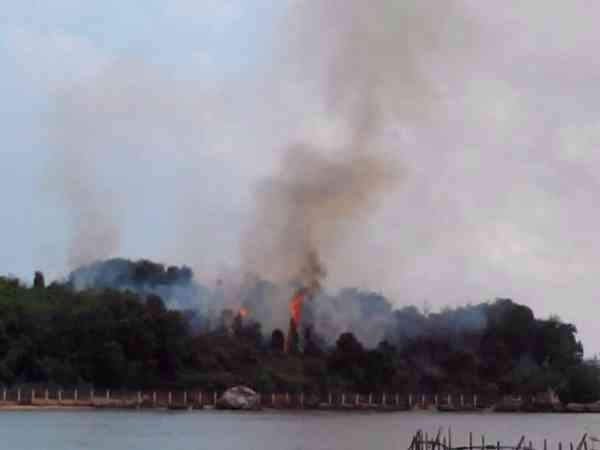