Sexuality in Singapore (and a response to Lawrence Khong’s piece)

I'm writing in light of the recent saga revolving around HPB's FAQ on sexuality. (Yes I'm very late to this metaphorical bandwagon but that's okay because this was never meant to be a breaking news site haha) I think the controversy was sparked off by a petition from an "Aaron" to have the FAQ reviewed. Apparently said Aaron felt that it was providing "unverifiable, pro-homosexuality, one-sided answers to the questions they post". Almost immediately, a contrary petition was launched to restore the FAQ. The huge publicity generated subsequently started an unstoppable avalanche of opinions and perspectives with politicians and religious leaders chipping in, and the rest, as they say, is history.My take on this whole controversy is that it's been blown way out of proportion, largely due to contentious, bigoted comments that naturally inflames public feelings.I'll primarily discuss Lawrence Khong's opinion piece, simply because there are so many points of contention in my opinion. Without diving into the details and deconstructing his arguments, here are the main takeaways from his piece (you're welcome to take a look at the original article if you suspect I've quoted him out of context):

That homosexuality is "unnatural and abnormal" is debatable to say the least. There are clashing schools of thought on the naturalness of homosexuality but that is far beside the point. Being unnatural does not constitute "unworthiness/undesirability"; similarly, naturalness does not necessarily entail "goodness". It may be natural that the human species, with its superior intellect, are the dominant species on Earth, but is it desirable that we are sucking inordinate amounts of natural resources and producing massive amounts of waste and pollutants? My point is that the naturalness and normality of a phenomenon has absolutely nothing to do with the question of whether it should be condoned. Homosexuality may be an aberration of nature (debatable), but to outright condemn it on that allegation shows a logical fallacy, plain and simple. The premise does not support the conclusion.Point 2: that it's worrisome because blah-blah-blah… Okay. Let me break my points down.a) and d) The moral rightness of 377A has in recent times been challenged fervently and repeatedly. With its moral rightness already being questioned and doubted, it's only reasonable to conclude that any argument based on the existence of this law is not a solid one. The tenability of said argument is only as strong as its foundation.b) It is an opinion, not a fact, that equating heterosexuality and homosexuality will desensitize the young to decency and morality. An opinion piece should be argued on facts (e.g. dehydration is potentially fatal; therefore, I feel that lessons on proper hydration techniques should be conducted as an integral component of PE), not more opinions. Can you imagine the strength and tenability of this opinion?: I think that students perform better academically when they are happy; therefore, I feel that classrooms should be installed with game consoles and gaming periods allocated.c) Prepotence is hardly the decisive factor in ascertaining if a proposition is true. The vast majority of people believed in geocentrism until Galileo disproved it. Contradicting the majority view indicates nothing unless there is substantial evidence to support the prepotent view.e) This is the only tenable point hitherto. (I don't hate and criticize blindly. I do acknowledge valid arguments.)HPB is not being biased in naming only pro-LGBT support groups, and here's why. If HPB were to point support-seekers to anti-LGBT organizations, that would hardly be providing support (kind of a no-brainer). And that would be biased. However, HPB is neither actively discourage LGBT nor "normal" relationships/sexualities, so it is in fact being extremely neutral. As hard as I try, I simply cannot imagine how excluding anti-LGBT organizations from the FAQ is to discriminate in favor of LGBT-affirming organizations, seeing as HPB is not including any anti-heterosexual organizations to discourage heterosexuality (as absurd as that may sound).I don't really have a bone to pick with him regarding his asserted basis of "moral objection to homosexual behavior". I mean, fair enough, to each his own.The point about greater health risks being faced by homosexuals seem to hold water, as evident from a quick search on Google (I'm actually alluding to the Mayo Clinic finding as it is from a ostensibly neutral source). In this regard, I agree that the FAQs could and should shed more light on the correlation between homosexuality and health. However, to assert that HPB's condonation of homosexuality is "deeply upsetting" simply because it has failed to accurately depict the adverse health effects of it is a tad far-fetched. If the health of the parties were indeed of such deep concern, why doesn't Lawrence Khong publish an opinion piece decrying smoking, considering that the harms of smoking is very much more real and that society has on the whole accepted smokers?In addition, a quick Google search on the length of homosexual relationships proved fruitless. Sure, there were a few articles claiming (in line with Lawrence Khong's piece) that homosexual relationships lasted shorter than heterosexual ones, but they are hosted on religious/anti-LGBT websites and can hardly be regarded as reliable sources. I won't bother digging through social scientific journals for data and statistics; instead, I shall posit a plausible theory to account for this phenomenon (assuming it is true):Homosexuality is naturally more prevalent among the younger generation, considering that the intolerance toward "alternative lifestyles" isn't as deeply entrenched as it is amongst the older generation. Similarly, due to cultural influences (as facilitated by the pervasion of the Internet), the younger generation may be more open-minded and inclined towards the idea of casual dating. Correlation does not imply causation, and this phenomenon could very well be attributed to the cultural evolution among the younger generation.

A truly diverse and liberal society on par with other first world cities is open and tolerant of alternative lifestyles and perspectives. National objectives set forth by the government should serve as general guidelines that lay out a vision of the future envisioned, rather than be perceived as inviolable and absolute commandments to be obeyed.Singapore is a democracy, and every individual is entitled constitutionally to his right to freedom of expression. However, that does not warrant bigotry. Opposition in perspectives is healthy and a hallmark of a diverse and sociopolitically active citizenry, especially when they are expressed through productive and civilized discourse; however, condemnation and ostracism reflects a close-minded and intolerant community – hardly the kind of place we would want to live in.Regardless of our personal takes on homosexuality and alternative lifestyles, we should not condemn perspectives that diverge from ours. Instead, we should actively seek to understand alternative viewpoints and in doing so learn about the world we live in. – See more at: http://literallykidding.blogspot.sg/2014/02/sexuality-in-singapore-and-response-to.html#sthash.1XtMjtg8.dpuf 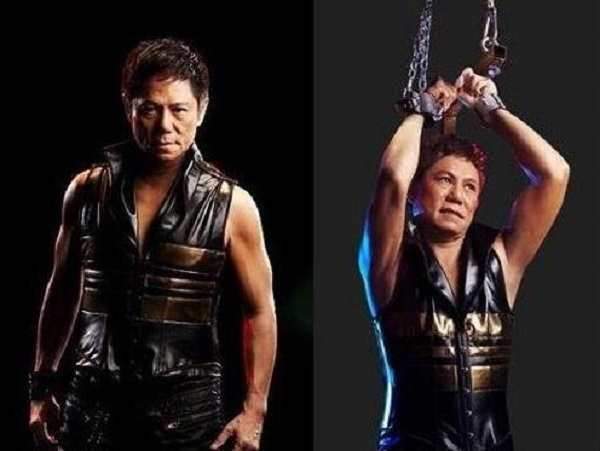 FCBC PASTOR: CHRISTIANS SHOULDN’T JUDGE LGBT PEOPLE FOR THEIR SINS, WE ARE ALL SINNERS

CHURCH PASTOR: WE WILL PUSH BACK AGAINST LGBT & THOSE PROMOTING HOMOSEXUALITY IN S’PORE