Local singer-songwriter Mavis Hee made a surprise appearance at Stefanie Sun’s second concert in Taipei on Saturday, and the pair sang Mavis’ popular classic ‘Moonlight in the City’ together.

Stefanie mentioned during her ‘Kepler’ World Tour Concert that she would be inviting a guest star, and when she started singing ‘Moonlight in the City’, Mavis appeared on stage to join her in the song.

Mavis debuted in 1994, and rose to fame with her albums Regret and Living by Night in 1996. But her career reached a low point in 2006, when rumours spread that she was suffering from schizophrenia. She started to expand to the China market subsequently.

During the concert, Mavis revealed that the last time she was in Taiwan was five years ago, to attend Stefanie’s concert, and this is her first time performing in Taiwan again after 12 years.

After their duet, Mavis sang performed ‘Regret’. Although she said that she does not have any plans to return to the Taiwanese music scene yet, she parted with a “see you next time” when she made her exit.

Touched by all her enthusiastic fans, Stefanie said: “Besides letting my child listen to my music and being proud of me, this concert has allowed me to listen to the voices around me. I used to be very self-absorbed, and only cared about the background music. But today, I hear all of you.” 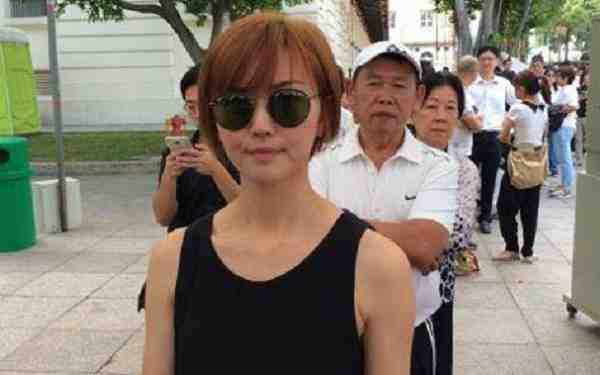