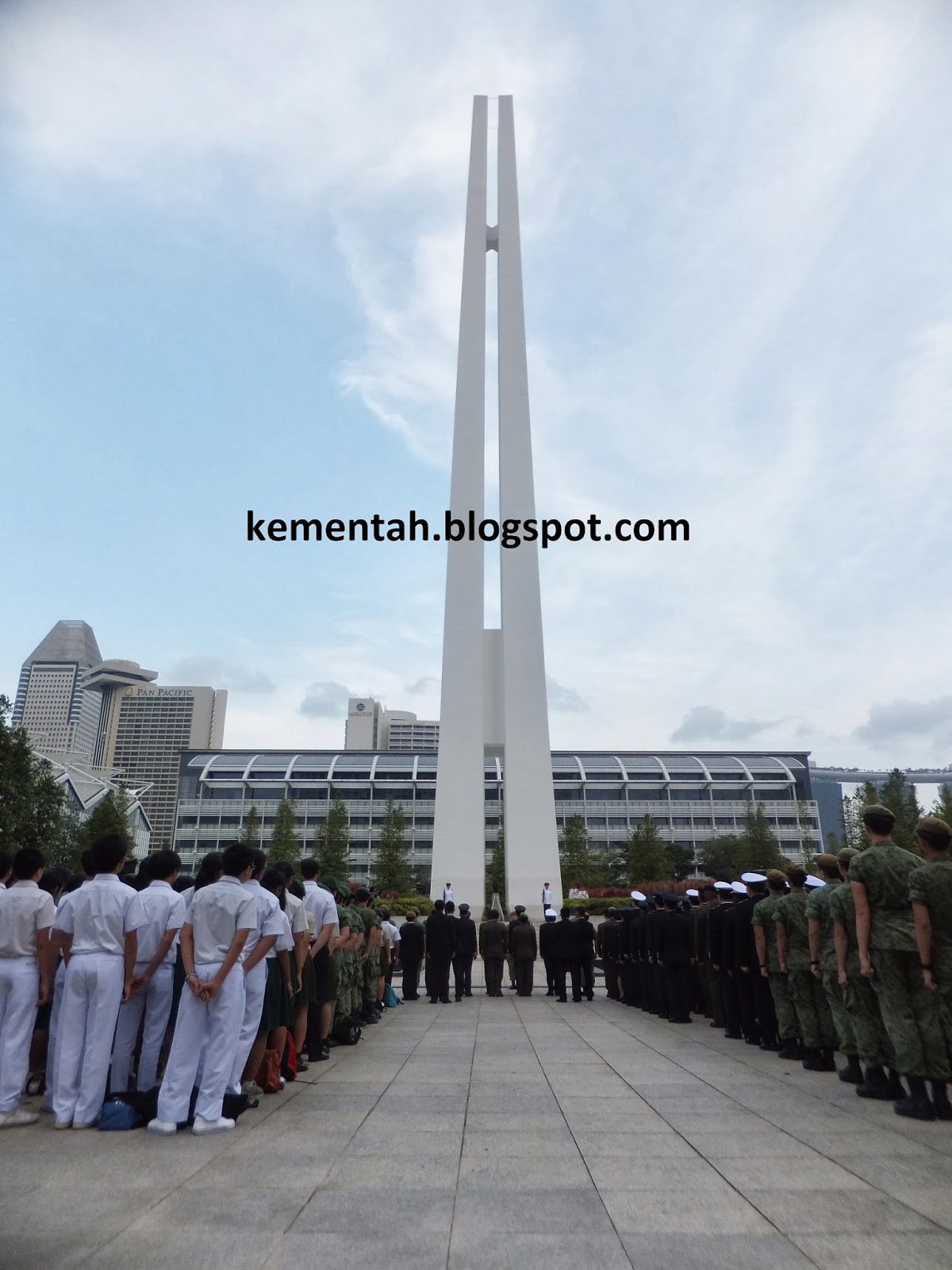 It was a wartime horror years before their time. And yet the assembled ranks of the Singapore Armed Forces (SAF) senior leadership, new SAF recruits, their family members and Friends of 3rd Guards from schools linked to the battalion under the SAF-School Partnership Programme gathered at the War Memorial this evening to remember victims of the Fall of Singapore on the 72nd anniversary of Singapore's surrender.SAF Chief of Defence Force, Lieutenant-General Ng Chee Meng, and Recruit Nicodemes Yeo from Bravo Company of the 3rd Battalion, Singapore Guards (3 GDS) – representing the highest ranking and newest member of the SAF respectively – jointly laid a wreath at the foot of the monument in memory of the Japanese Occupation war victims. 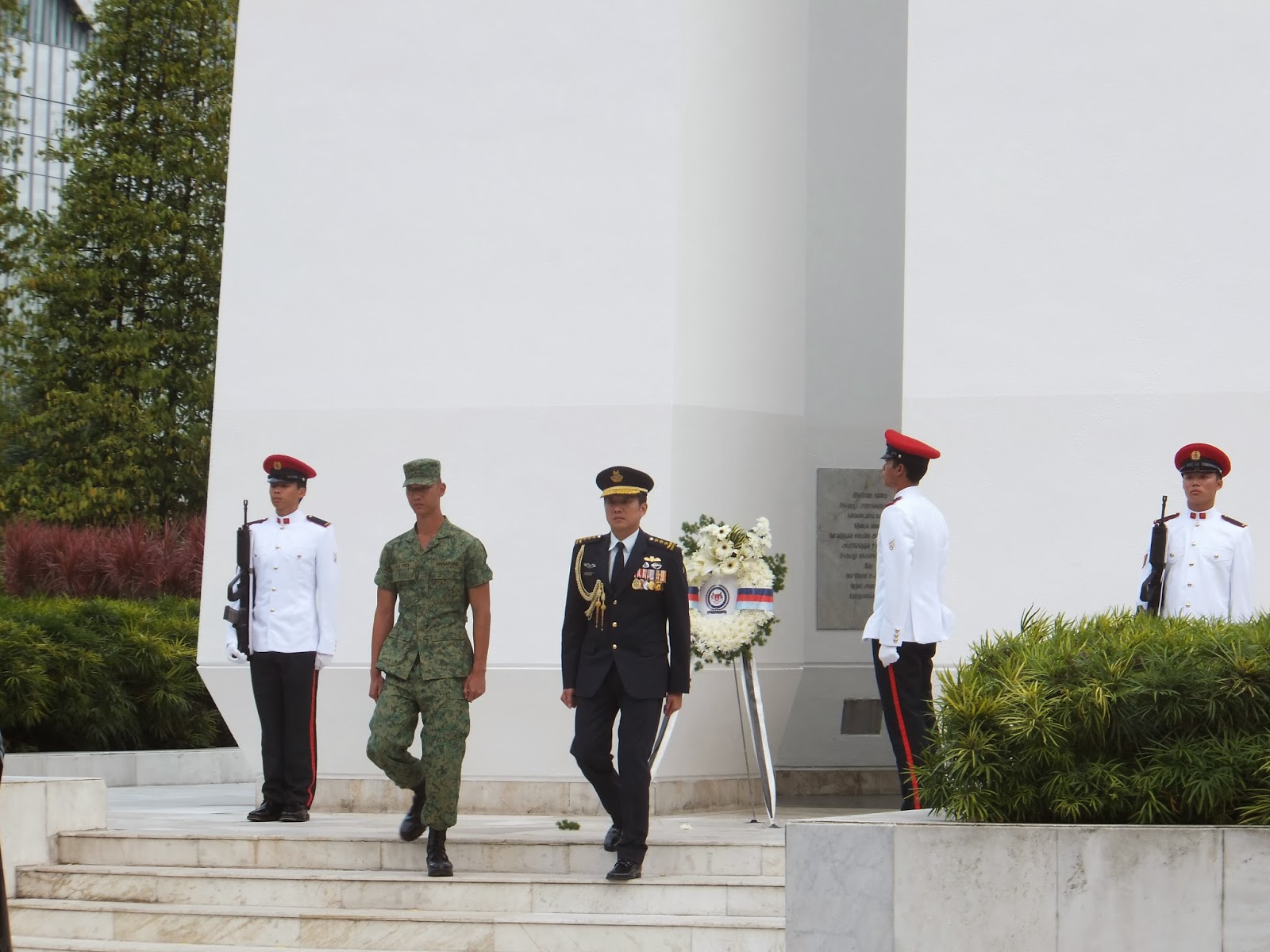 Always remembered: SAF Chief of Defence Force, Lieutenant-General Ng Chee Meng, and Recruit Nicodemes Yeo from B COY 3 Guards, after jointly laying a wreath in memory of victims of the Japanese Occupation in Singapore.The Guards are heli-borne infantry who are equally at home operating from the air as well as on and from the sea during coastal hook operations. Singapore Army Guards battalions are tempered for tough missions behind enemy lines that put a premium on their ability to read, understand and react rapidly to fast changing battlefield situations in order to grab and exploit fleeting tactical advantages before such moments disappear. The Guards training syllabus is notorious for last minute mission injects and frequent changes to the script that are designed to condition Guardsmen to be always ready and ready to strike, day or night, and to be able to keep their cool and decide quickly in the midst of battlefield chaos. 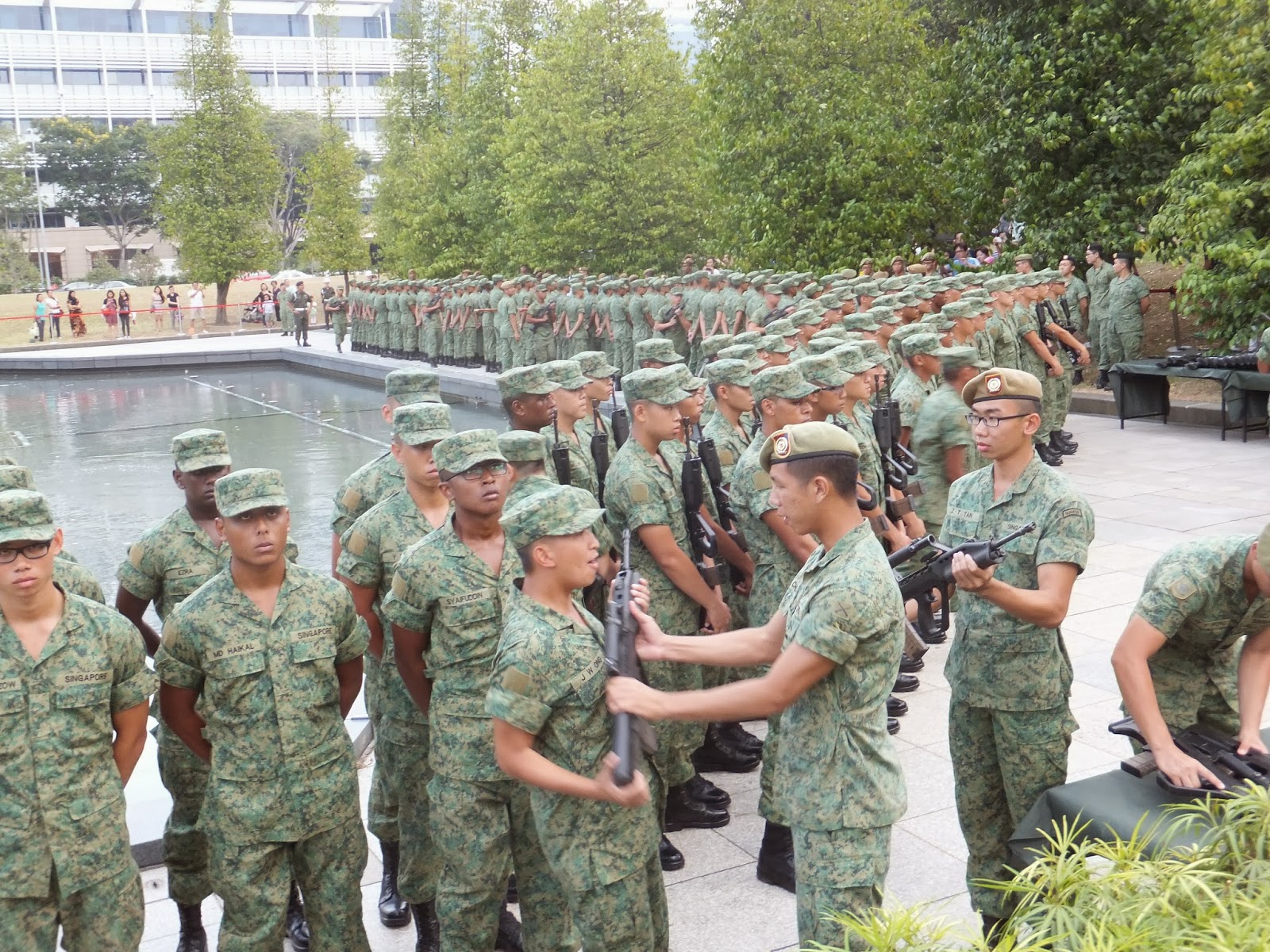 "This is your rifle!" Lieutenant Chua Yong Kee (handing over SAR-21 assault rifle), OC of Support Company 3 Guards, arms his men during the rifle presentation ceremony on Total Defence Day 2014.The solemn ceremony in the heart of Singapore's commercial centre marked the second year running that SAF recruits received their rifles at the War Memorial during a ceremony that formalised the commencement of their military training. By coincidence, last year's recruits were also from a Guards battalion. But the training cycle for the two active Guards battalions is unlikely to see a repeat of the pattern in 2015, should the SAF hold the ceremony on Total Defence Day again.The rifle presentation ceremony capped activities done in their camp and at battlefield sites around the island which allowed the Guards recruits to hear accounts of the war from Japanese Occupation survivors and understand and appreciate their part in the defence of Singapore.The citizen soldiers with 3 GDS join some 900,000 Singaporean men who have served the SAF since full-time National Service was introduced in 1967. In time to come, the pledge by REC Nicodemes and his fellow recruits to take care of their SAR-21 assault rifles and uphold the SAF Pledge will see their willpower and endurance pushed to the max – and then some – as these boys learn the true meaning of  rite of passage in their journey towards earning the right to wear the coveted Guards tab and beret. 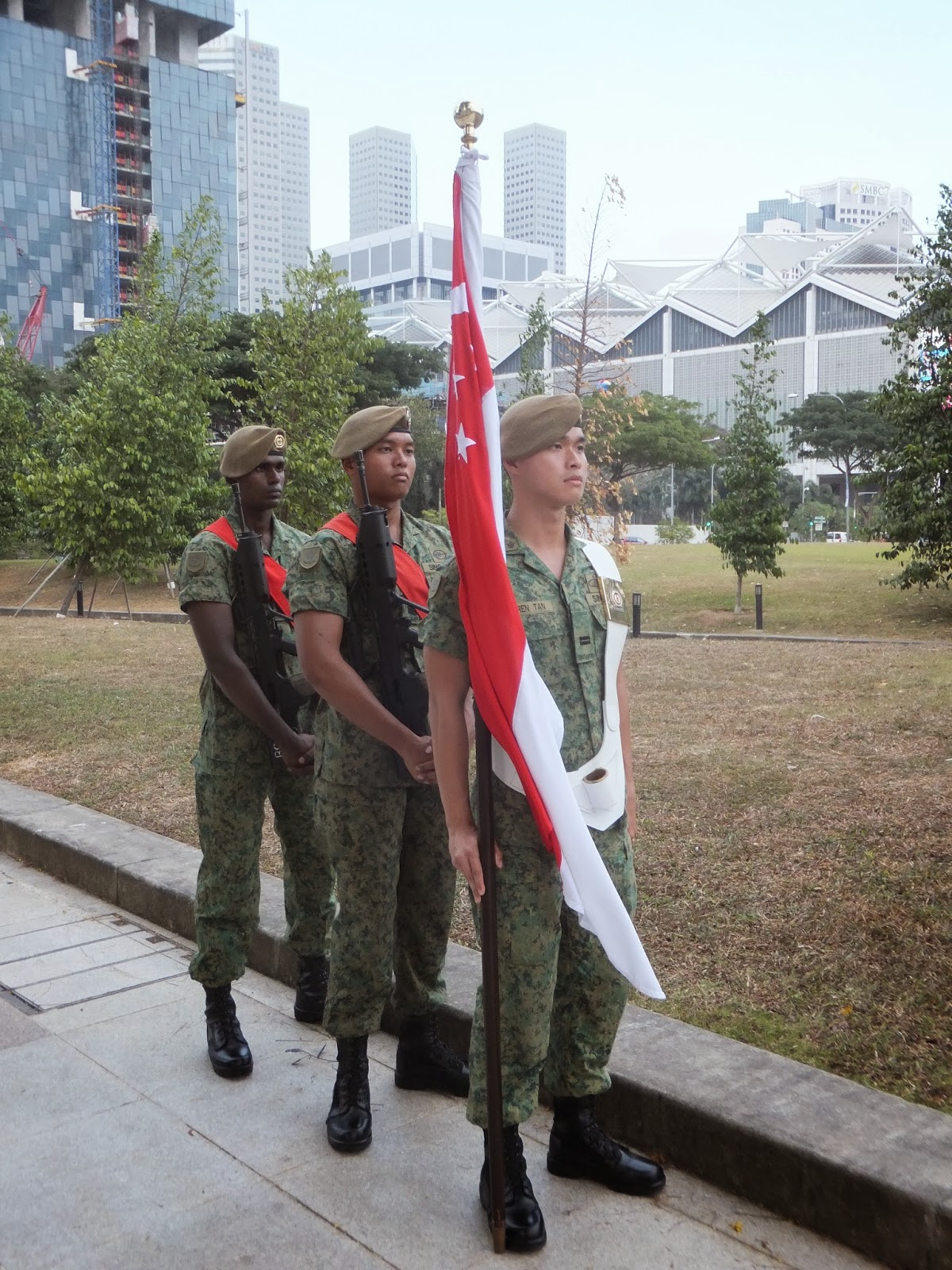 P.S. I would have kept the wreaths laid during the morning ceremony at the foot of the monument, perhaps arranged nicely on either flank. The wall of floral tributes would show onlookers that the annual commemoration of the Fall of Singapore is an all-of-nation affair, not just an SAF one. Subliminal messaging is as important as direct messaging.  ﻿
Share