27-year-old Tan Jun Yuan has apparently decided to shut down his popular bak kut teh stall.

Despite having a first class honours degree in management from the University of Manchester, Yuan chose to run a hawker stall instead. Nestled in a coffeeshop in Blk 177 in Toa Payoh, his bak kut teh soon gained notice, with him being featured on television and even a glowing write-up by famous foodie, Seetoh KF, of Makansutra fame.

Writing in Yahoo last September, Seetoh praised the young man for his entrepreneurship and drive.

“I like to give a standing ovation for such young hawker food soldiers… in this case, commandos – they punch, leads and show the way for a new generation of hawker food professionals,” Seetoh wrote. “They are the new defenders of our food heritage and are the only folks who will carry this meaningful makan torch into the next generation. You have our support, Yuan, keep going.”

Unfortunately, the praises may have come too soon. Yuan, posting on his Facebook page on Wednesday, 14 February, announced that he was closing his stall.

“28 Feb will be our last day,” he posted. “Just the mere act of saying this is painful enough; the knowledge that we have disappointed people is even worse.”

Yuan explains that the decision was made because he could not find enough workers for the stall. This shortage of manpower was also the reason he had to shelf his expansion plans.

“You probably didn’t know, but we actually went as far as to put down a deposit for a second outlet at Lau Pa Sat,” he said, “only to eventually have to rescind due to a lack of manpower.”

The last straw came, he said, when one of his workers was caught pocketing hundreds of dollars in cash.

“It was at this juncture that we stopped to ask ourselves: is [sic] things really going to get better? Is the labour-crunch really going to abate? Looking around, to me, the answer is clear.”

Also posting on his Facebook page, Seetoh criticised how Singaporeans do not want to take up such manual jobs, even when the pay is above what the market is paying.

“Employers in this field are already paying more, a lot more than government recommendations, yet, they know deep in their hearts, no Singaporeans will take up such professions and jobs, no matter how desperate they are. They often have a handout mentality.”

“I say, give these jobs to people around who wants it,” he posted on his page, “not protect it for Sgprns who can’t be bothered. Blink on this n yr kids will be stuffing machine made food including burgers (cos there’s lotsa funding available for souless , non artisanal food craft) in their face and wonder if all this makan culture really existed, when they grow up.”

Below are the two Facebook postings by Yuan and Seetoh.

What are your thoughts on this? 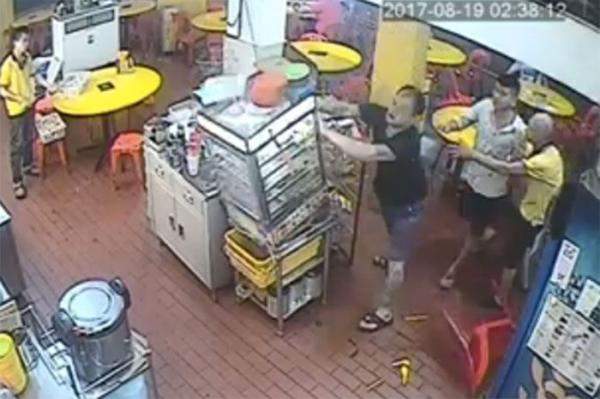