British forces in Singapore have surrendered unconditionally to the Japanese seven days after enemy troops first stormed the island.
A war correspondent of the Japanese News Agency in Singapore reported that fighting ceased along the entire Malayan front at 2200 local time.

The British capitulation comes one week after Japanese forces invaded Singapore and only two weeks since their onslaught on the Malay Peninsula forced the British troops’ withdrawal to the island.

According to reports from Japanese headquarters the final deal was signed at 1900 local time and the ceasefire came into effect three hours later.

Under the terms of the surrender, 1,000 British troops will be left in Singapore city to maintain order until the Japanese Army complete their occupation.

The invasion began under cover of darkness on the night of 8 February when at least 50 boats laden with members of the 5th and 18th Japanese army divisions crossed the narrow Johore Straits, which is all that separates Singapore from the Malay Peninsula.

By morning thousands more troops had landed. The well-trained and battle-hardened Japanese forces were also supported by aircraft and tanks.

Although they met some spirited counter-attacks, it was soon clear the island’s defence had been poorly planned. In attempting to defend the island’s entire coastline, the General Officer Commanding, Lieutenant-General Percival had spread his forces too thinly.

The Allied force consisting of Australian, Malay, Indian and British soldiers, many fresh from defeat on the Malay Peninsula, were also short of weapons and poorly trained and with inadequate air support.

Against them, the Japanese troops moved swiftly across the island. The last line of defence, Singapore City, fell earlier today.

Prime Minister Winston Churchill described the fall of Singapore as “the worst disaster and largest capitulation in British history”.
The Japanese claimed to have taken 60,000 Imperial troops in Singapore – 16,000 British, 14,000 Australian and 32,000 Indian soldiers. They also captured a large amount of equipment.

The high number of prisoners was not surprising as the troops had been ordered to defend Singapore until the last possible moment so no major evacuation had been ordered.

Lt-Gen Percival, the British General Officer Commanding, said he had been forced to surrender when the loss of food, water, petrol and ammunition made it impossible to carry on the struggle.

The Japanese advance continued, taking US held Guam, Wake Island and the Philippines. The heroic resistance of the US garrison at Corregidor ended on 6 May 1942.

In Burma Japanese forces reached the Indian border before pausing for breath.

The Japanese advance in the Pacific was only finally halted in June when all four of its aircraft carriers were destroyed by the US in the Battle of Midway. An attempt to invade India from Burma was halted by British and Empire troops in 1944 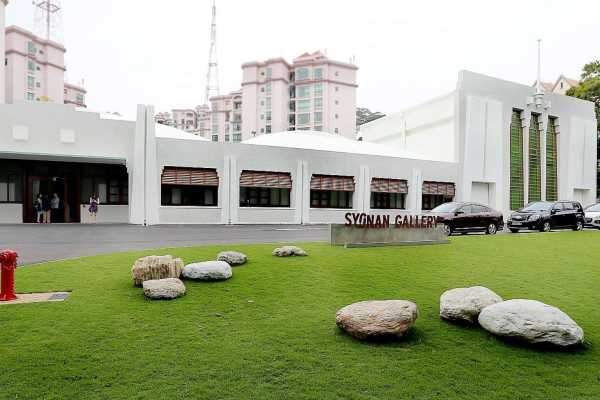