BUCHAREST (AFP) – An appeals court in Bucharest on Thursday doubled the sentence to six years for a Romanian diplomat convicted for a deadly hit-and-run accident in Singapore in 2009.

Silviu Ionescu, Romania’s charge d’affaires in Singapore at the time, was initially sentenced to three years behind bars after being found guilty of manslaughter for hitting three pedestrians in December 2009 while driving a car belonging to the Romanian mission. One of the pedestrians, a 30-year-old Malaysian, died.

The two judges of the Court of Appeal. Dorei Matei and Ion Tudoran, both rejected “out of hand” the appeal of Ionescu to be acquitted, and accepted the appeal of the State Prosecutor against the initial sentence which was considered by the state as “too lenient”, according to Mediafax News Agency.

In response to media queries on the appeal verdict, the spokesman for Singapore’s Ministry of Foreign Affairs said: “The Bucharest Court of Appeal delivered its verdict on the appeal relating to the hit-and-run case of Dr Silviu Ionescu, the former Romanian Chargé d’Affaires in Singapore, on 13 February 2014. Dr Ionescu’s initial sentence was increased from three to six years’ imprisonment. The Singapore Government welcomes the decision by the Bucharest Court of Appeal to uphold Dr Ionescu’s convictions as well as to enhance his sentence.”

According to the decision taken by the Court of Appeal – which is final – Ionescu was sentenced to six years’ jail for manslaughter with aggravated circumstances, two-and-a-half years for grevious bodily harm with aggravated circumstances and four years’ jail for abandoning the scene of the accident. According to the law, the sentences run concurrently, so the former diplomat will have to serve only the heaviest sentence, which is six years, Mediafax News Agency reported.

“We reject out of hand and as without any foundation the appeals formulated by the accused Ionescu Silviu”, concluded the ruling of the Court of Appeal.

The State Prosecution Service appealed to the Court of Appeal in Bucharest on the basis that Ionescu was guilty of a grave crime for which he showed no remorse and which he continued to deny despite the weight of the evidence against him. Ionescu also deformed and harmed the international image and reputation of Romania as a result of his crime.

In his last words before the Court, Ionescu continued to claim that he was not at the wheel of the embassy car, claiming that at the time of the alleged accident he was ringing the Singapore police to inform them that the car was stolen.

The lawyer representing the Romanian Ministry of Foreign Affairs also asked the Court to order the payment of a damages for the sum of S$13,340, representing the total costs incurred in forfeiting the use of the damaged car for a period of more than three years. The Court of Appeal accepted the Ministry’s claim for damages and ordered the Romanian insurance company which provided insurance for the car to pay the Romanian State the equivalent of S$15,985, Mediafax reported.

During his trial, which started in 2010, the former diplomat repeatedly said he was framed by the Singapore authorities because of critical reports he sent to the Romanian foreign ministry as head of the diplomatic mission in the city-state.

The case triggered widespread outrage, but his diplomatic immunity and the lack of an extradition treaty meant he could not be brought back to Singapore to stand trial.

His defence team argued during the trial that he should be acquitted on the grounds that there was no direct evidence linking him to the crime. 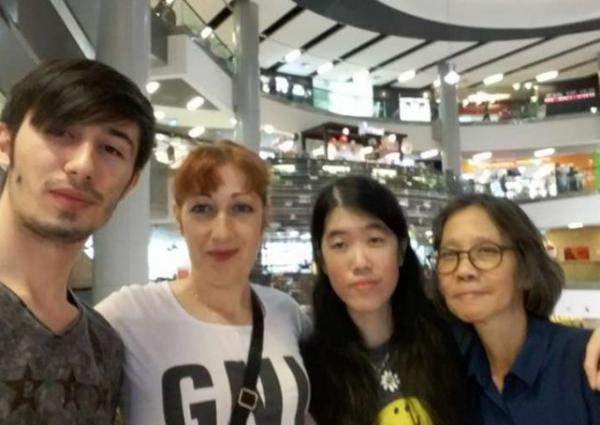 ROMANIAN GIRL ERUPTS INTO FIREBALL WHILE TRYING TO TAKE SELFIE