OH, WHO IS MORE SUPERIOR?

I browsed through the HPB website several times and read some of the on-going comments/ debates. Several thoughts have been lingering on my mind for the past weeks. It occurs to me how unprogressive our society is. When I mentioned “society”, I am referring to the society that we, Singaporeans have created.

There are tons of debates over this and it is clear we have 3 main schools of thoughts – the supporters; the neutrals; the haters. I am sure that most of you know which group you belong to. For the supporters and neutral folks, I do applause you for your wise acceptance or acknowledgment on a different lifestyle. For the haters, before you start slamming the keyboard, step back to consider how superior and normal you think you are. You may belong to a race or religion or social class which you believe is more superior than others. Even so, everyone has flaws but we inevitably sub-categorise people into various classes again – rich vs poor; married vs single; good-looking vs ugly; express-stream vs normal stream; white collars vs blue collars. I am deliberately using these extreme words so you understand my intention. Who decides that rich people are more superior than the poor; who decides that express/special stream students are better than the normal stream students; who decides that good-looking people deserves more than the not so good-looking ones. Since we are still in Chinese New Year period, this may be close to the heart of many single individuals who went visiting – who decide that married couples are happier than single individuals J

Your task today is to reflect which sub-category you have been forced. End of the day, you may choose to stay in a self-denial mode and firmly believe that you are more superior in all ways. If so, good luck to you!

SO, my point is really to remind us that heterosexuality is no way more superior than homosexuality. We are all human beings; we are all Singaporeans. Why outcaste the true-blue Singaporeans because of their sexualities? I feel very sad for you if you do not know any LGBT individuals. They are around us; they are part of our society. They pay taxes; serve national services and sing the national anthem just like anyone of us.

Many of us know the world history on black slavery; the Nazi regime and many more. You frowned upon these but why are you nodding your head in agreement for this issue? There may be differences but all boil them to the sense of superiority in all cases. For all straight individuals, you may argue that you do not claim superiority over the LGBT. You merely do not agree with their lifestyle and revoking penal code 377A. Think about it – by rejecting their presence in this society, are you not suggesting that you are more superior compared to them?

Oh, I have to mention about some ridiculous comments that I came across on this topic:

It will encourage wrong morale teaching to our children: Parents – do you really believe that hiding such information from your children will determine their sexuality? If they are gays, they will grow up being one. If they are straight, they will not transform into gays after reading HPB articles. I see that almost every kid these days own a smart phone or ipad, you believe that they are not going to search for information if they are truly curious?

Gays are unable to produce babies and will affect our fertility rates: Hmmm – are we saying that by rejecting them or denying their existence, the Singapore fertility rate will increase? Oh guys, the fertility rate in Singapore is declining because many other key reasons namely higher standard of living as many have cited. Our married couples are not going to make more babies if LGBT does not exist in our society. The gays are also not going to get married and make babies because the society wants them to.

Homosexuality is on par with crimes such as rapes; pedophiles or incest: I am appalled that with this comment since it demonstrates your ignorance. If you do not understand what homosexuality is, the HPB website is definitely useful for individuals like yourself so I am not going to explain how different that is from all those hideous crime that some of you cited as examples.

All LGBT grew up in dysfunctional families that impacted their sexuality and are mentally ill: Personally, I find this remark very amusing. I didn’t know people can generalize and make assumptions like this. There are many successful LGBT in our society who grew up with a supportive family. If they are mentally ill, they should all be admitted into IMH but I see them contributing to the society like everyone else.

Some of my guy friends told me that they got molested by gays at the gym or clubs so they concluded that gays are perverted individuals and we should stay away from them. C’mom guys, we know more ladies who got molested by straight men everywhere – at the gym, on public transport; in the shopping mall! There are black sheep everywhere so stop stereotyping and forcing everyone into ONE DUMB category that you have created to match your belief and comfort level.

With the recent Olympic games in Sochi, Russia, how many of you have come across a youtube on gays attack that is circulating? I would guess most of you have not since we are probably more interested in watching which foreigners in Singapore are causing a scene again J I blame you not since I would personally not go search on these gay attacks video until a friend forwarded it to me. I watched the video with total sympathy and disgust. By the way, these videos are filmed and posted by the “straight & normal” people who wanted to showcase their victories by attacking the LGBT group. In one of the disturbing scenes, they stripe the poor guy; burn his clothes, and made him kneel down to beg for forgiveness. In another scene, they poured urine above the guys’ head while the friends laugh and applause loudly. Some went to the police but was told that the police cannot do anything simply they are GAYS. You may not be able to visualize the brutality and violence of these attacks based on my brief descriptions here. If you are interested to know what I am talking about, go do a search on youtube. After watching, perhaps you can decide if this is the behavior we wish to cultivate in our society? If so, most of us should probably get bashed up since we fall into one of the sub-categories which are socially not viewed as superior.

Many, including that Pastor and MP – which I cannot recall their names given how narrow-minded they are, are claiming superiority in the name of God and gathering followers to support their biased perspectives and beliefs. With all due respect, I am not insulting any religions here but merely reminding us not to claim superiority in the name of your religion. Regardless of your religion, I believe that all religion preached on peace; love and compassionate for one another. If you are going to argue and insist your religion tells you not to accept the LGBT, I strongly suggest you go review your personal interpretations again. I am not going to go into this else we may end up with a huge debate on religion which is not my intention here.

Alright, I am done! Thanks for your patience in reading and I believe that our cyber-warriors are ready for a full attack against me. At the same, I know that there are many of you out there who agree with me and think like me. Please continue to do so and wish that someday our society will progress and accept every individual regardless of the differences.

After all, we are all Singaporeans (or rather human beings) and we should stand united. Singapore is a modern and progressive society. Please do not lead us back to the dark barbaric civilizations. 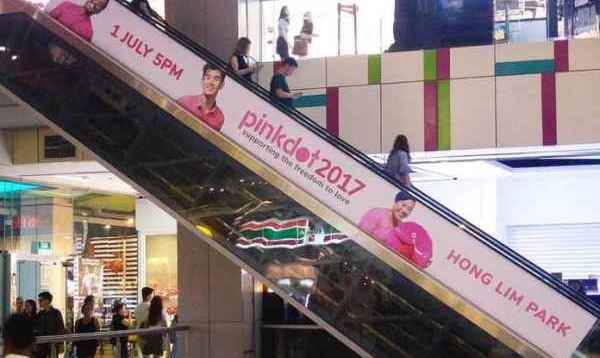