CYBER BULLIED BY ‘PACK OF WILD DOGS’ – VICTIMIZED OR DESERVED?

The whole debate about cyber vigilante/mob justice is now starting to get a little tiring.

Anton Casey and now Honda Civic Beng (HCB) are being paraded around and portrayed as victims. Poster children for the cyber-wronged. Victims of a cyber vigilante force, wreaking havoc on their lives. “Where is our compassion?” asks the SKM.

Next will come the government’s measures to curb this “pack of wild dogs” under the banner of a more gracious society, which in turn will also serve the dual purpose of silencing the government’s critics. All they are looking for is some plausible reason or justification for their typical draconian approach. Perhaps a licence to post online with a security bond. So not only will we have to read the right thing, we will have to write the right thing as well. Yet, I still wonder what the actual fuss is about?

Let us be absolutely clear on one thing. Anton Casey and HCB are not innocent parties. They are 2 individuals, both of whom deserve the punishment being given especially considering the people who are supposed to enforce the law seems to be doing nothing.

Let’s look at HCB because Anton Casey is not worth my brain cells. Reckless driving, attempting to cause an accident, tailgating, road rage, criminal intimidation, the list goes on. Yet, poor boy is now crying about “please leave my family and girlfriend out of it”. He has also alleged death threats (seems everyone in the public eye is receiving death threats these days though still no actual evidence); which considering he has endangered other road users’ lives by his driving is understandable but not acceptable, so no more death threats please.

If he had come down and tried to intimidate another driver whom was physically capable of kicking his ass, say for example SAF SOF plain clothes unit library beng (or an actual SAF SOF personnel), he could have had his ass handed to him and then what would he be crying about? “You hammered me and put my parents and girlfriend under duress having to look at my bloody face and the humiliation of having my ass kicked?”

Is this not an online version of public caning in school if you were a bad boy? It is not the same as the Straits Times publishing your photo on the front page if you were arrested/charged/convicted for a crime? What are you going to do then? Another YouTube video? Sue the Straits Times? Would your parents and girlfriend be isolated from the ill effects of your stupidity in those circumstances?

Yet I haven’t seen, heard or read anything where SKM, the government or anyone is appealing that the Straits Times, STOMP or any government public media should not engage in mass print bullying.

Again, let’s be clear. You don’t want to be shamed or exposed online for being a barbarian, then don’t act like a barbarian. If your parents and girlfriend could not or did not manage to show you the error of your ways, please allow us, the people of the online community to teach you a lesson you need to learn. In the process, if they are shamed as well, maybe they deserve it for not teaching you right from wrong or for condoning your thuggish behaviour.

This is not cyber bullying, you are not being victimised. No one is trying to take your lunch money away in the playground. No one is making up stories about you online that you actually prefer jackfruit to girls. You acted like a barbarian who tried to intimidate other road users and now you are getting a taste of your own medicine. Does not feel so nice, does it? Bet you will think twice the next time you try to act “tua kee” (big shot) won’t you?

So please, let us not let the agenda hijackers jump on the bandwagon and use the fact that people are shaming those that deserved to be shamed and twist it to make them sound like helpless victims of a mob.

Respect others, don’t behave like a jackass and no one will have anything to shame you with. 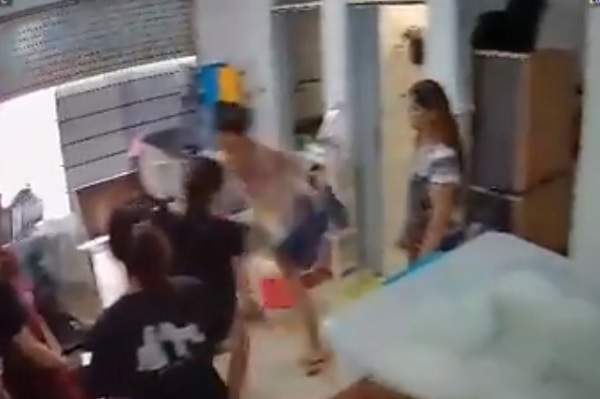