The MacDonald House bombing was the worst of a string of attacks by Indonesian saboteurs during Konfrontasi, the Indonesia-Malaysia Confrontation that happened from 1963 to 1966.

A 25lb (11.33kg) package of nitroglycerine, with a timing device, was planted on the mezzanine floor, near the lifts. At 3.07pm on March 10, 1965, the bomb exploded, tearing a hole in the floor, ripping out a lift door and reducing the correspondence room of the Hongkong And Shanghai Bank “into a shambles” according to a Straits Times report.

The blast was so powerful that all the windows in buildings within a 100m radius as well as the windscreens of vehicles in a carpark across the street were shattered.

Three people died, and 35 people were injured. Elizabeth Suzie Choo Kway Hoi, 36 and mother of six who was private secretary to the manager of the bank, and Juliet Goh Hwee Kuang, 23 and an only child, were killed in the blast. Mr Mohammed Yasin Kesit, 45, remained in a coma and died later in hospital, leaving a widow and eight children.

Two Indonesian marines, Osman Haji Mohammed Ali, 25, and Harun Said, 21, were charged in court on March 16 for the bombing and hung in Changi Jail on Oct 17, 1968. In protest over the hanging, 400 students in Jakarta stormed the Singapore embassy and attacked the consul’s residence as well as the homes of two Singaporean diplomats. 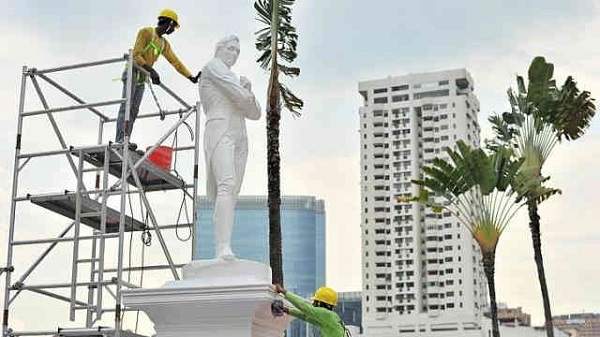