Last week, I wrote a piece in which showed that Singapore’s Straits Times (STI) stock index was hovering above an important technical support level that needed to hold to avert a serious decline, including a likely bear market. I also showed several other technical warning signs that I said made further bearish action likely. Singapore’s recent stock rout started just days after I published a viral report in which I claimed that the city state’s economy was experiencing a bubble that would lead to a crisis when it eventually pops.

In the last two days, the STI has sliced below its key support level and is currently trading at 2,959 at the time of writing: 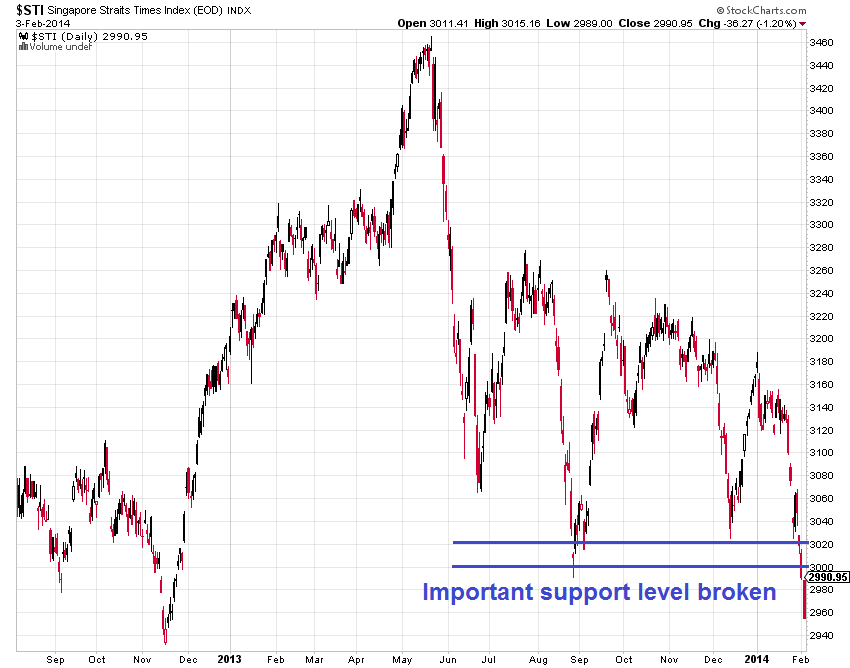 Looking at a longer time scale, the STI has broken both its wedge pattern and its two year old uptrend line: 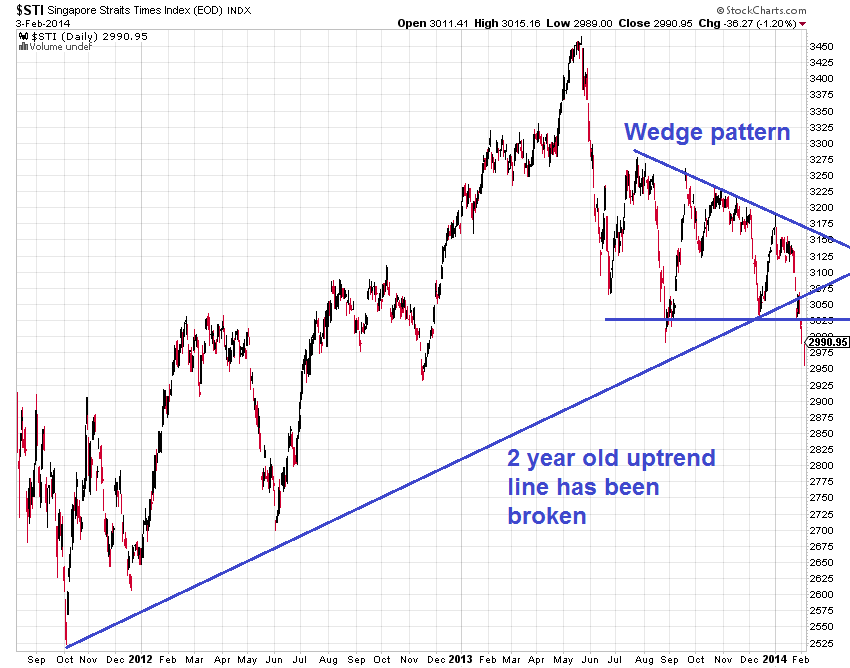 The STI has experienced a serious technical breakdown this week that is even more worrisome when considering the fact that Singapore has been experiencing a dangerous economic bubble in recent years. The STI’s breakdown has occurred at the same time as the technical breakdowns of several stock indices in the U.S. and Japan, which is a further confirmation of the bearish action in global financial markets. 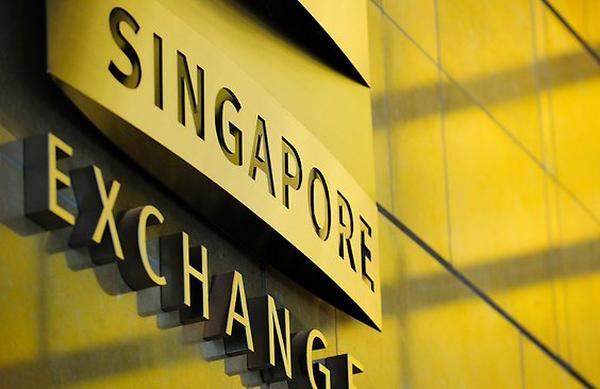