Not long ago, I came across a book entitled, Citizens, Conversations and Consultations. I think it was published by the Peoples Association to commemorate the institution known as the Citizens Consultative Committee. In it, I saw some photos of soldiers helping out in a gotong royong. They reminded me of the time I was involved in a similar project when I was serving my full-time national service. 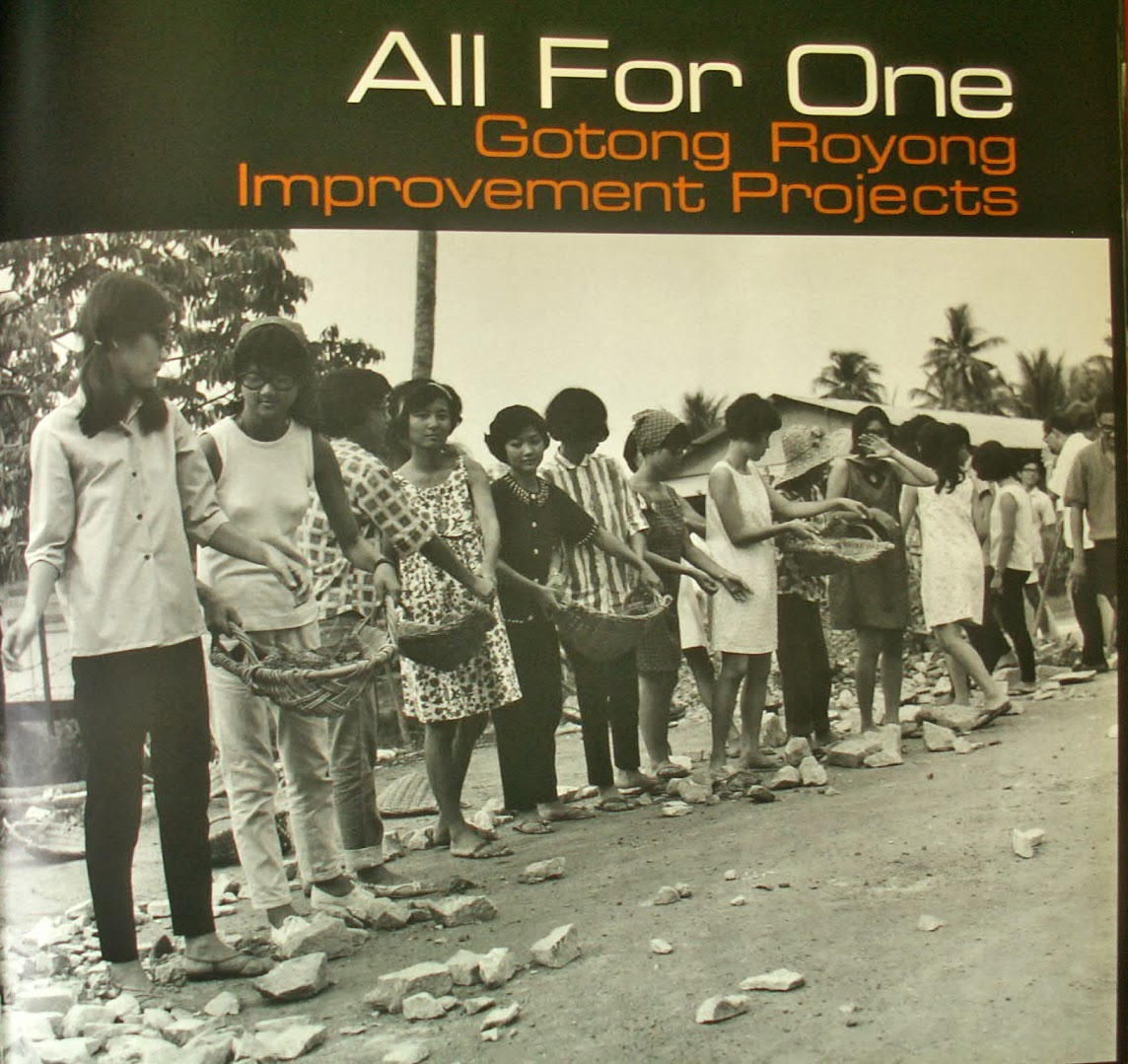 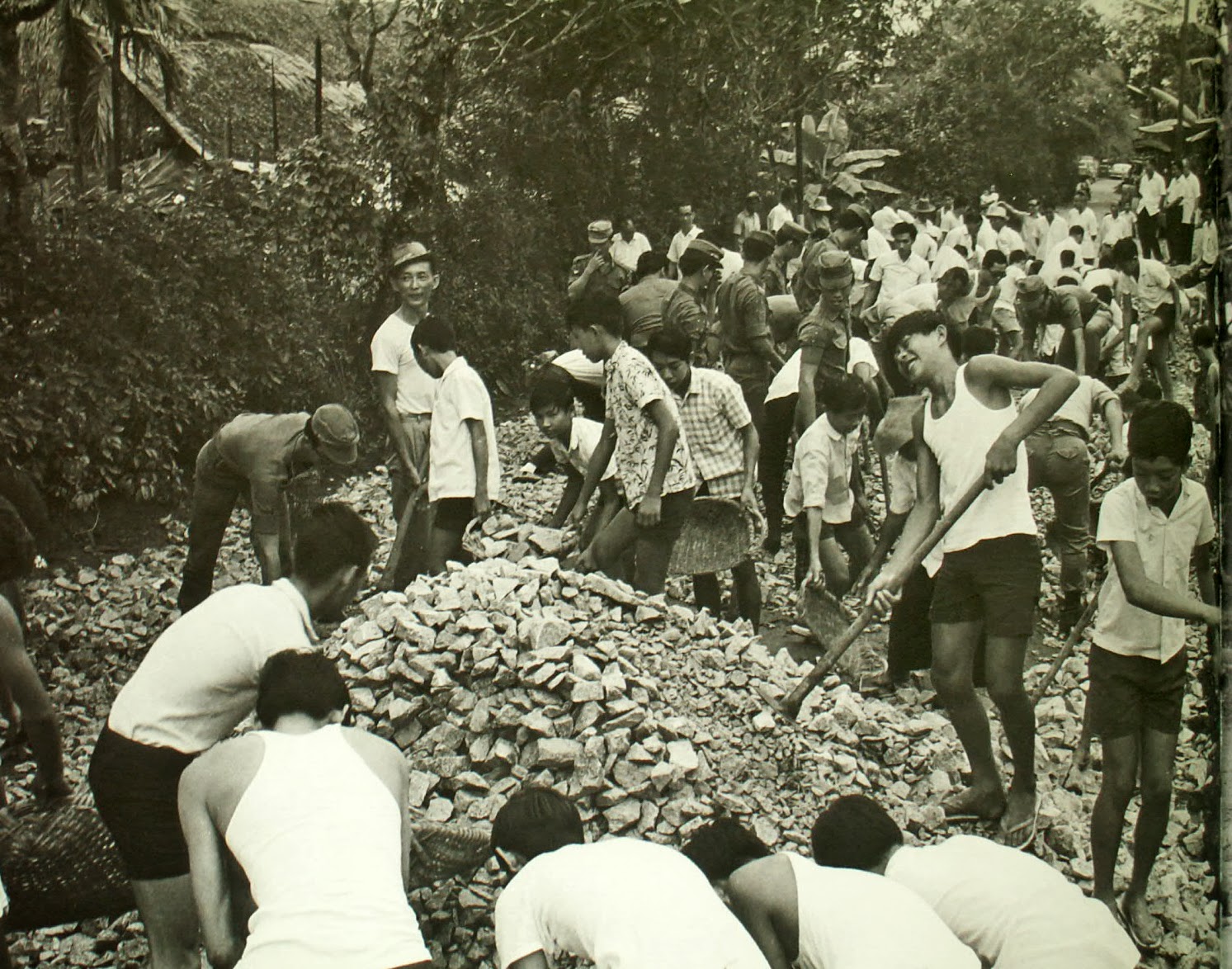 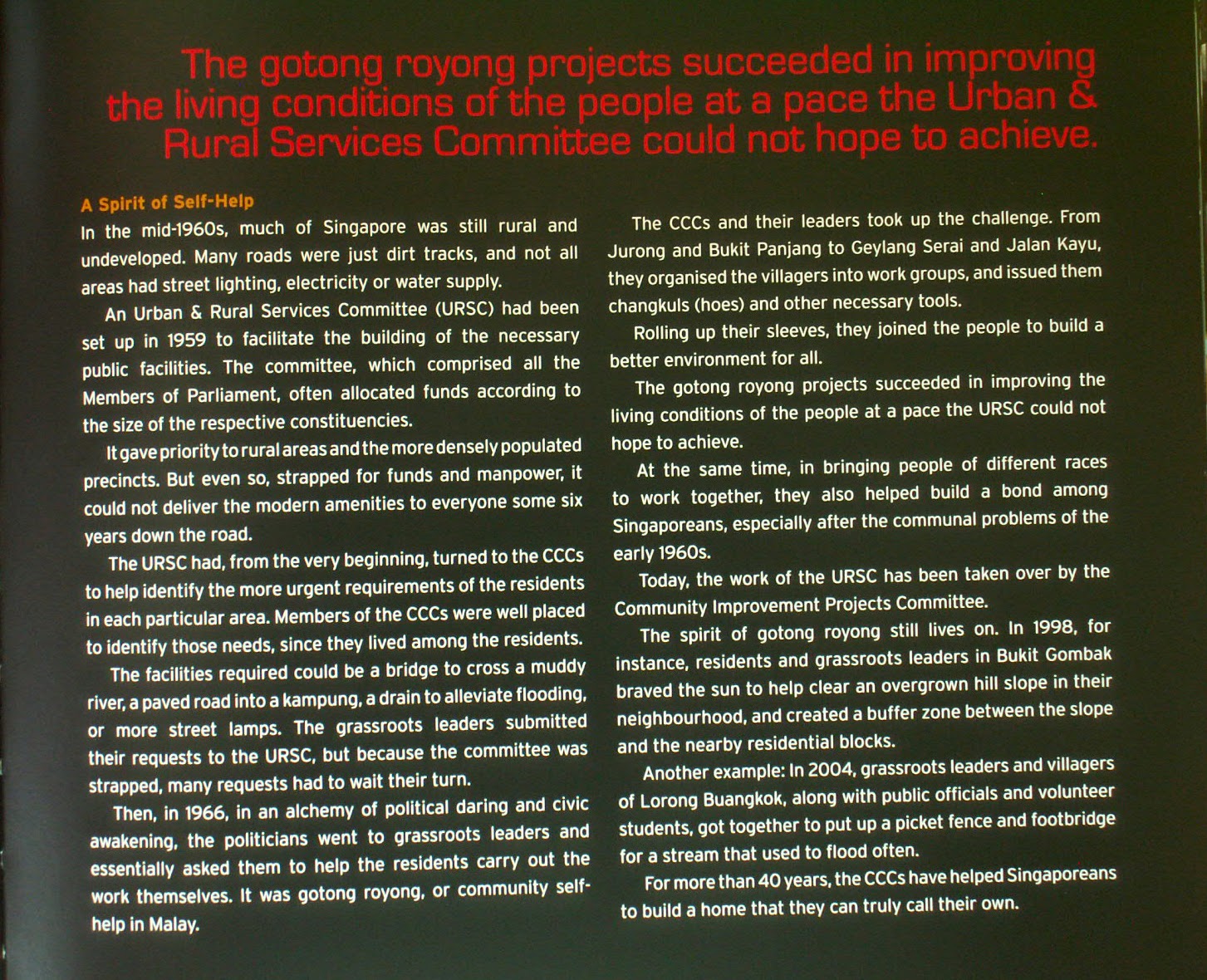 What is Gotong Royong? It is a Malay term for an event where the members of a community put their hands together to carry out a project for the benefit of that community (my own definition). Typical projects involve building a road, or clearing a stream and so on.

The year was probably 1977 and I was a platoon commander in 30 SCE in Mandai Camp. Our project involved building a short stretch of road to join Kranji Way to Neo Tiew Road. At that time, Neo Tiew Road was a thriving kampong. We often passed through this kampong when we went to Area D (Sungei Gedong) for our training. Our combat engineer battalion was an appropriate organization to help out in such a community project because we had both the manpower and the equipment for such work. For example, in our battalion, we had a heavy plant company.
It was quite a common practice in those days, when there were still many kampongs in Singapore, to involve the army units in such gotong royong projects. However, it is very unlikely that our army boys today, would be called upon such a project. Firstly, Singapore is so well-developed now, and our government departments are well-equipped to carry out such work more effectively. Furthermore, the population of NS boys has decreased considerably. And with full-time NS reduced to only 2 years, the army camps themselves are facing a labour crunch and have to outsource many non-combat functions like transporting of troops and cooking. Still, I think they would benefit from occasional involvement in such a project.

Below is an example of a gotong royong project at Bukit Panjang. Description and photo from the National Archives Picas collection dated 28 June 1973. 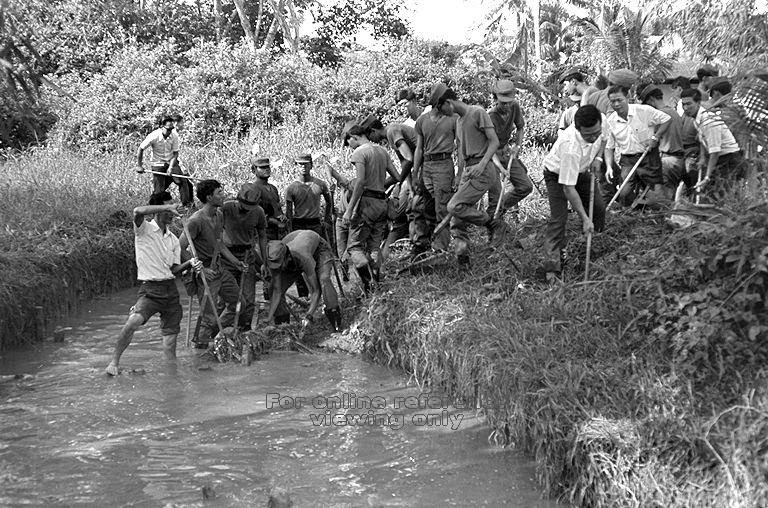 Singapore’s “Keep Our Water Clean” campaign got off to a good start when 300 young men began a two-day operation to de-silt the Sungei Pang Sua in Bukit Panjang. Joined by Member of Parliament for Bukit Panjang, Lee Yiok Seng (on the bank with rake), the men, 200 of them national servicemen, spent eight back-breaking hours shoveling mud and weeds from the river which carries rain water to Seletar Reservoir.
Share

I AM VERY DISAPPOINTED WITH MY FELLOW SINGAPOREANS