19th-CENTURY CHINESE TEMPLE TO BE DEMOLISHED?

A Cantonese temple in Sims Drive that was built in the 19th century, is in danger of being bulldozed to make way for redevelopment.

Devotees who run the Mun San Fook Tuck Chee temple – a sanctuary for coolies during the colonial era – are worried because its Temporary Occupation Licence runs out in June this year.

Redevelopment plans for the area includes tearing down nearby blocks 57, 59 and 60 in the coming months as part of the Housing Board’s Selective En bloc Redevelopment Scheme. The HDB has been issuing yearly licences to the temple since the expiry of its 30-year lease in 2009.

A HDB spokesman said they were issued “until the site is required for redevelopment together with the surrounding area”.

The site was gazetted for acquisition under the Land Acquisition Act in 1967 and its owners compensated.

As such, the temple no longer owns the land, she added.

Temple chairman Chin Fook Siang, 71, said he is “gravely concerned”. “The place has a history of man than 140 years and many of us grew up patronising the temple,” he said in Mandarin.

Mr Chin, who grew up in bygone Sar Kong villiage in the vicinity, said the temple had previously served more than a thousand villagers.

“Mothers, too poor to afford medical services, would prayto the gods for their children’s health, students would pray for good grades and men would pray for prosperity,” he added.

Devotee Jimmy Tan, 70, a taxy driver, said it will be a pity if the temple makes way for yet another residential project.

“It’s a nice, comfortable setting for people to take a quiet moment in the day to pray. They also bring in Cantonese opera troupes from Hong Kong and China. This is very popular with the devottess and the public, ” he said.

Heritage enthusiast Ang Yik Han, 40, who has written a book on the temple’s heritage, said that while the plain-looking one-storey temple is bereft of “splendid architecture,” it has a place in Singapore’s social history.

Dating back to the 1870s, the temple served Cantonese and Hakka coolies from neighbouring brickworks factories, sawmills and sago workshops.

It was also frequented by artisans and farmers.

One of the few temples with traditional Cantonese architecture in Singapore, Mr Ang said its design stems from its humble roots.

Before World War II, it also operated as a school for village children. The temple hosted a sports association which organised martial arts training.

It was later the headquarters of the village’s vigilante corps and volunteer firefighting force, which helped put out fires in Geylang.

Said Mr Ang: “The temple’s role as a communal centre is evident in the groups associated with it or set up within its premises.”

The temple is just one of the two remaining landmarks in the vicinity built during Kallang’s industrial era, where industrial activities were concentrated during the 19th and early 20th century. The other landmarks is the Sri Manmatha Karuneshvarar Temple in Kallang Road.

Even with the likelihood of redevelopment drawing close, Mun San Fook Tuck Chee’s committee is still pressing on with a fund-raising effort to build an office and add two storeys to house urns. IT has collected $400,000 since it started fund-raising in 2007.

THere are also plans to set up a heritage gallery and develop a guided tour of the temple and its surroundings. The National Heritage Board awarded it a $2,500 grant for the cause in December last year.

Said Mr Chin: “Let us stay. The temple represents the history of how life used to be like along the Kallang River. It serves as a landmark where youth can come by and learn about their heritage.” 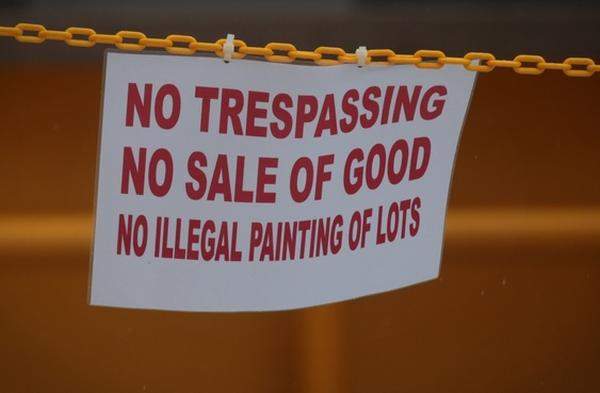