If someone is really apologetic and sorry about what he has done, would he engage a PR firm to front his apology and get his lawyers to go after those who shared and posted the hate that he spread? Obviously, not. Anton Casey even claims that his FB was hacked and the video was taken out of context. Looks like this British FT never learn his lesson.Here is his apology letter which he sent out using his PR firm Fulford Public Relations: 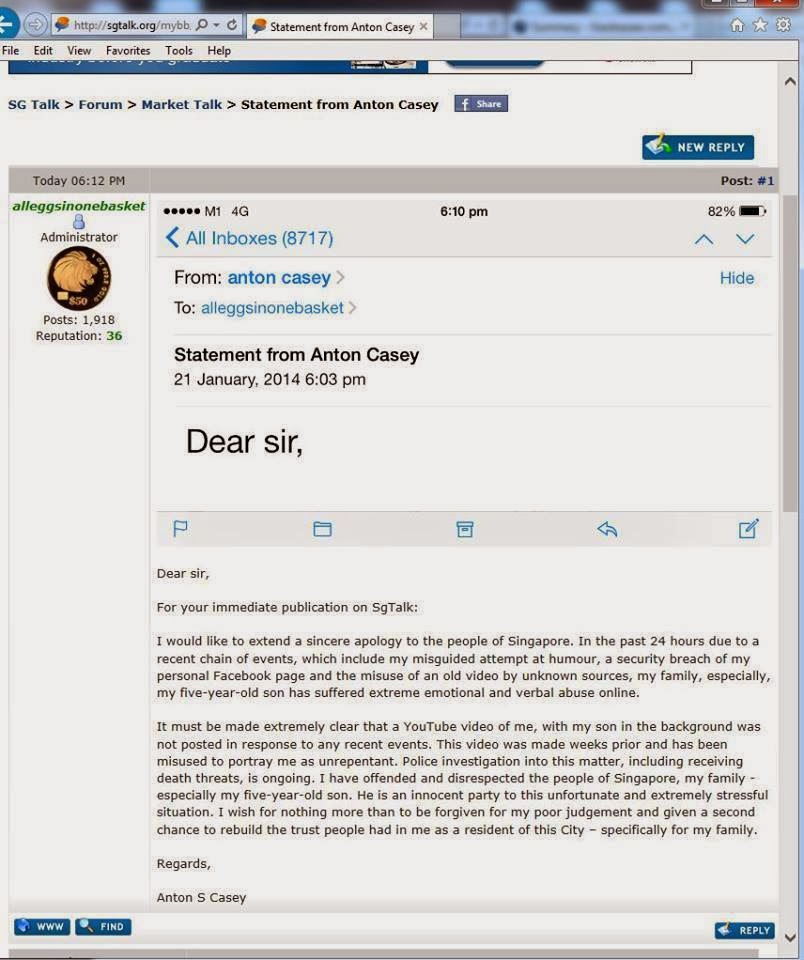 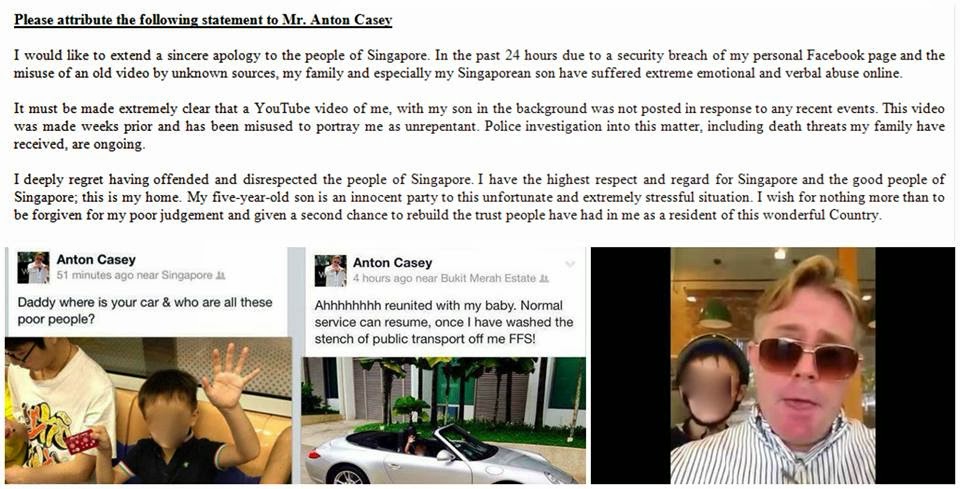 Fulford Public Relations is a British firm ran by Brits who might just work for money, or sympathise with their fellow countrymen, or both. Fulford is not cheap just by looking at the kind of clients who engage them, StanChart bank, Courts, Evian, and various government agencies. What's more convenient for Anton Casey, the Fulford office is located just besides Crossinvest Asia, one at 76B and the other at 75B Amoy Street. Just gather at the local pub over beer, like what Brits expats like to do. 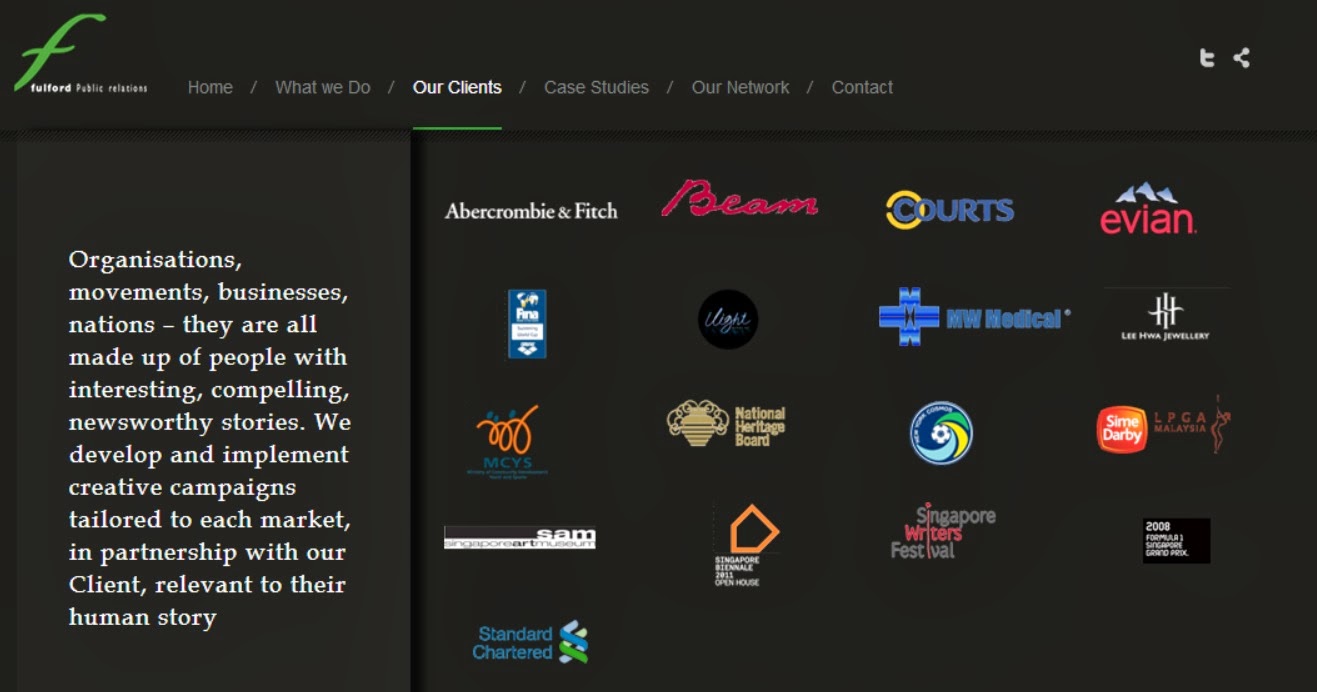 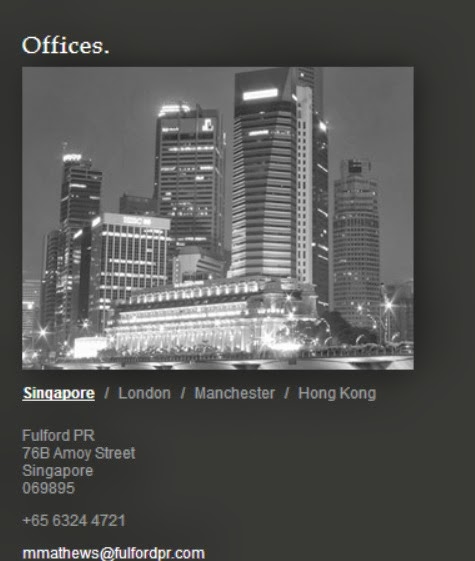 After issuing his apology, Anton Casey's lawyers begin to go after online sites TRE and TRS, asking them to take down the screenshot where insulted Singaporeans who take MRT as poor and smelly. Is that the behaviour of someone who is really apologetic?And guess what, Louis Lim of the law firm William and Louis representing Anton Casey, is a decorated PAP Grassroots member, honoured with PBM and was the former Chairman of Changi Simei Zone 1 RC. For the money or for the country, Mr Lawyer? 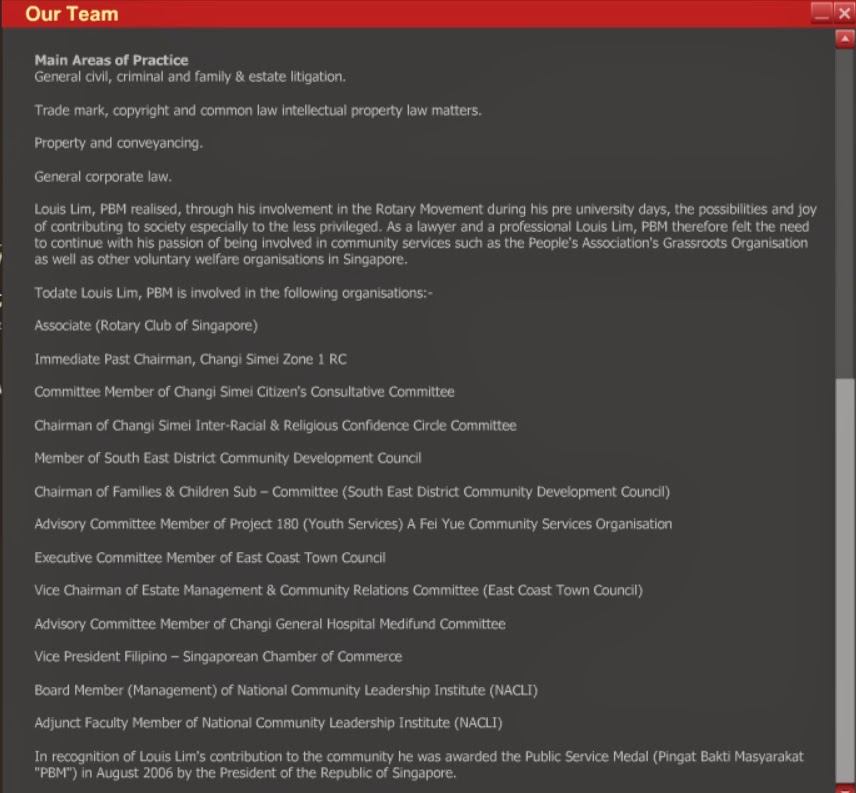 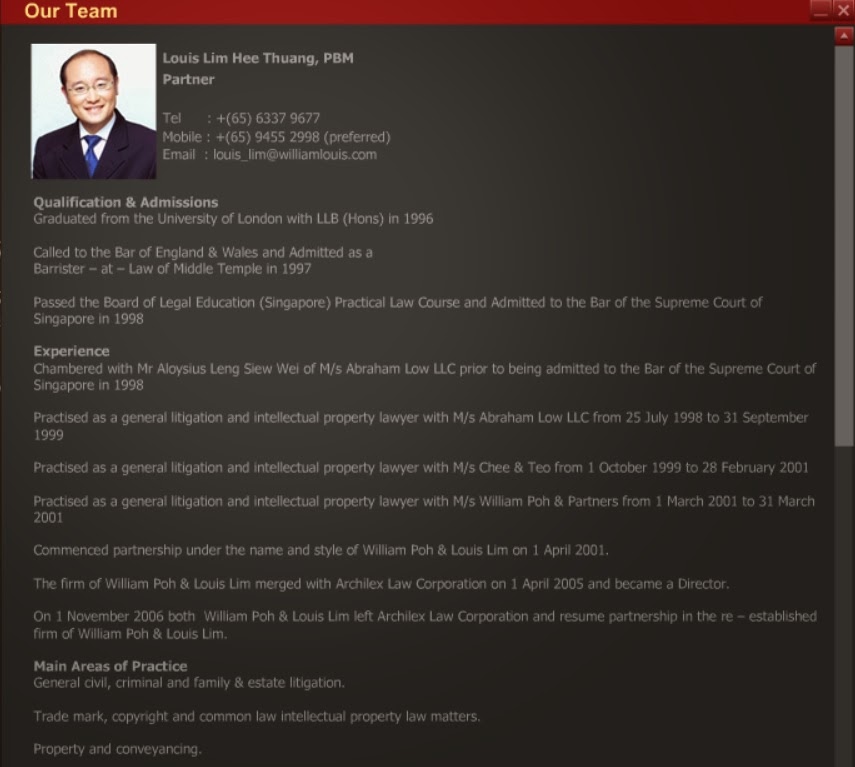 Anton Casey sincerely asks for a second chance to rebuild the trust with the people in this wonderful city, but is he really sincere judging from his actions? Or is he just trying to stay in Singapore and make more money because some people in Singapore just have a colonial hangover and think that white people, white countries, white ideologies, (and white lanjiao for that matter) are so damn fucktastic? If Anton Casey was to return to London, would he be a waiter or a banker? Think about it Singaporeans, how many of these white pricks that come round to Asia are really considered talent in their own country?In the meantime, time to get a beer and chill out. 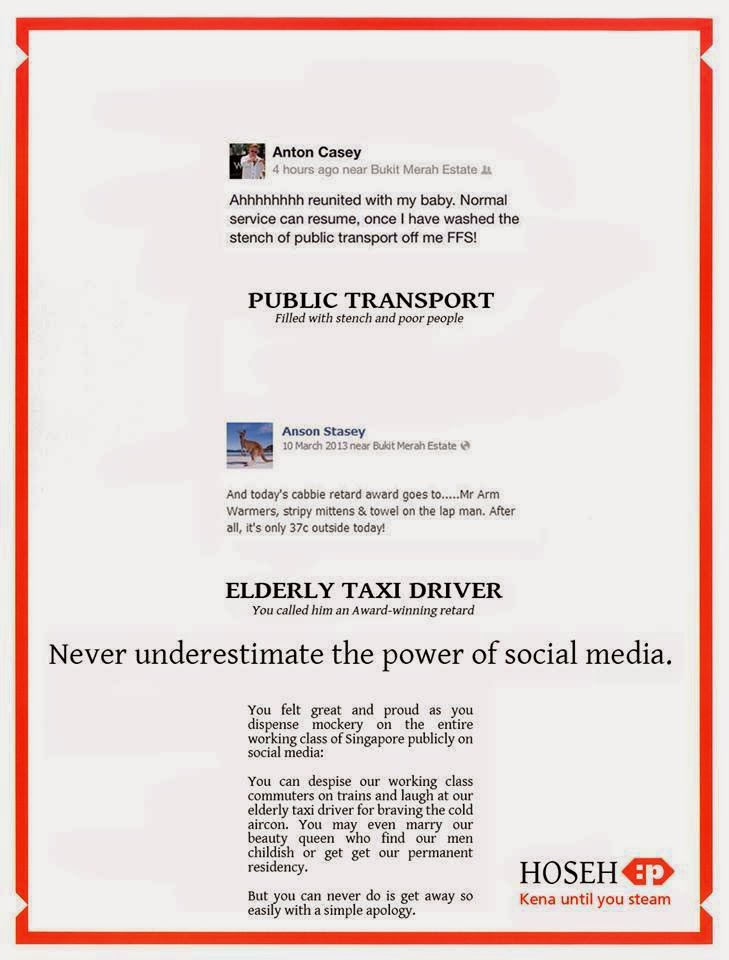 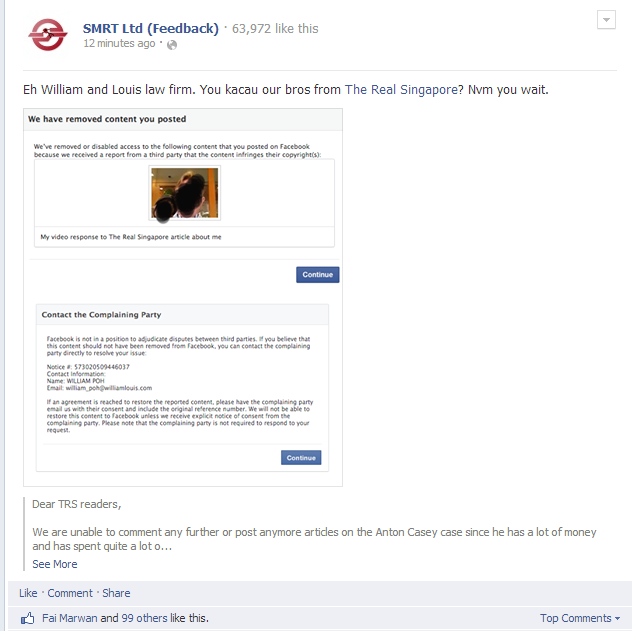 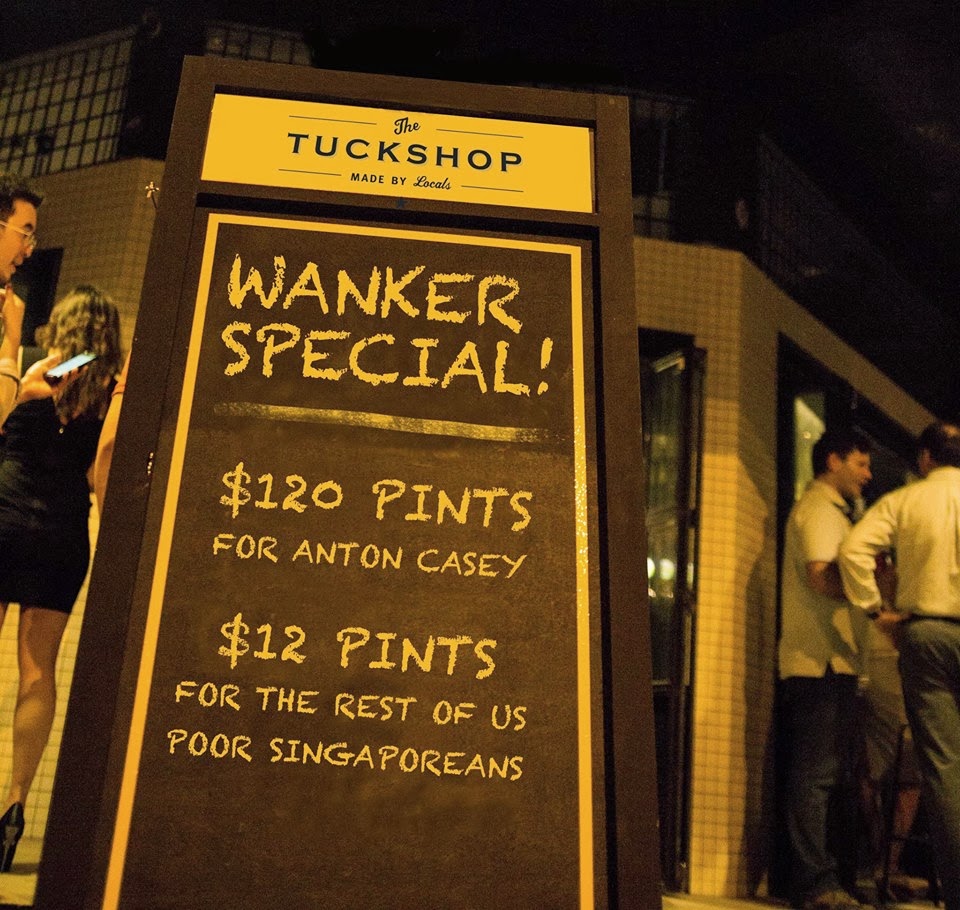