Are we ready for the hijab-in-uniform?

When Muslim girls wearing thetudung in Singapore’s public schools became a major controversy in 2002, many Muslims asked for accommodation. The government counter-argued that public spaces shared by diverse ethnic and religious groups in Singapore have to remain strictly secular and any exceptions would invite competing demands from other communities.

The issue never went away, but we seemed to have progressed a little. When the issue of allowing the hijab (the Arabic word for tudung) in the uniformed services became a matter of public debate recently, the government responded in measured tones. While asserting that it must manage the diverse needs of society to maintain overall harmony, the government now calls for constructive dialogue and the search for practical solutions.

It was implied that society is not ready for the hijab-in-uniform and until such time that other communities are willing to accept it, the status quo would remain. Now that the ball has been thrown to ‘society’, the question seems to be: are we ready for the hijab?

The dastar and the hijab

Dastar is the Punjabi word for the Sikh turban. In the recent debate, the dastar was frequently cited. Proponents of the hijab-in-uniform pointed to the accommodation of the dastar as a reflection that society is ready, while opponents dismissed it as a historical legacy that postcolonial society had already gotten used to.

I think both sides are wrong.

Accommodation of the dastar is indeed a legacy, a British colonial one. But the British decision to accommodate it was not for multicultural reasons; it was political and racial – even racist. After experiencing great difficulties subjugating the Sikhs in India, the British co-opted them into their imperial army because they were believed to be a martial race.

The dastar, a symbol of spirituality and holiness in Sikhism, became primarily a sign of honour, courage and loyalty to the British empire.

But those who dismissed our postcolonial accommodation of the dastar as simply being based on historical legacy are also mistaken. Such an argument amounts to saying that Singaporeans are merely tolerating the wearing of the dastar in public institutions because the British had allowed it. This smacks of condescension to Sikhs and insults us all.

So why did we, as a postcolonial society, allow the accommodation of the dastar to continue? I believe we did so because we recognised that the dastar is an important component of Sikh culture – and the Sikh community is an integral part of our society. This is why the Chinese tomb guarded by statues of dastar-wearing Sikh guards quickly became the icon of Bukit Brown cemetery. Contemporary Singaporeans who discovered Bukit Brown immediately recognised the significance accorded to the Sikhs and their culture by the Chinese of our colonial past.

Similarly, any accommodation of the hijab should be done out of multicultural respect and understanding, not for political expediency or the symbolic function of co-opting the purported ethnic essence in the service of the state.

Therefore, those who used the example of Muslim women wearing the hijab in the armed forces of Pakistan or Iran to argue for accommodation in Singapore are also mistaken. The hijab is not being accommodated in these countries, but being co-opted as an Islamic symbol for the political ends of the state.

Canada and Norway are better international comparisons for Singapore’s situation. Singapore was ahead of both countries in accommodating the dastar, but is now falling behind these progressive multicultural societies in failing to accommodate the hijab. Recently, Canada allowed the hijab in uniformed services for multicultural reasons.

The proponents of the hijab-in-uniform in the recent debate in Singapore mainly used the Arabic name for the headscarf instead of the Malay ‘tudung’, thus signifying the conversation is part of a global movement to gain multicultural acceptance of the headscarf.

Is it inconceivable that one day, outside Parliament House, we could have a statue of the first woman speaker of parliament wearing the hijab? It would be a statement that the hijab is not just an incidental ethnic dress, but an important component of Muslim culture – hence demonstrating a greater multicultural acceptance of Muslims in our society.

My sense is that in 2002, it was inconceivable for most Singaporeans that a prominent political leader would wear the hijab in the secular spaces of our public institutions. But a decade later, we have had its significance explained to us and are more  accustomed to our friends, colleagues and neighbours wearing the hijab.

In fact, many Singaporeans applauded the prime minister when he appointed Madam Halimah Yacob speaker of parliament in 2013, not because she was a hijab-wearing Muslim woman, but because she was most suitably qualified by her political work and moral integrity. The point is that Madam Halimah’s hijab is irrelevant to her performance as speaker.

Likewise, if the hijab can be designed to be incorporated into the uniform and does not interfere with job performance, would Singaporeans care that the nurse, the police officer, the paramedic or the soldier was wearing a hijab?

You never know till you try

So, is society ready for the hijab-in-uniform?

There is no way to really know until we try allowing it. No matter how many surveys we take or how much we debate the issue, there will always be the suspicion there are too many of us with prejudices hiding behind politically correct opinions. If we do not try, we will not rid those prejudices lingering in us. Trying is the best way to search for practical solutions.

And if we are not even prepared to try, what is the point of dialogue?

By all means, start small by trying it out with one police division or with nurses at one public hospital. But at least let us start trying.

We owe it to our cherished principles of meritocracy and multiculturalism to try. 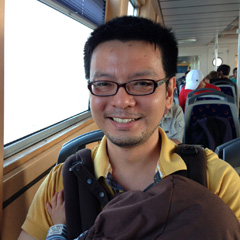 Daniel PS Goh is Associate Professor of Sociology at the National University of Singapore. His research focuses on state formation, cultural politics, urbanism, and religion. He is a member of the Workers' Party. He writes here in his personal capacity as a citizen.

National Day Rally 2021: Nurses Can Finally Wear Tudung! What Took Them So Long?