‘Not obliged to obtain permission’: STB on creative agency’s design

The Singapore Tourism Board (STB) on Wednesday said they were “not obliged to obtain permission” to use a creative agency’s design for the 2014 Singapore Art Week’s guide.
The response came after Singapore-based creative agency DoodleRoom said on Monday that they were “disappointed” STB had “recycled” their design, which was submitted to STB to be used as the cover page for the art event’s guide last year.

DoodleRoom said in a Facebook post that they had not been invited to contribute designs for the guide for this year’s event.
The post, which had over 300 shares, has already been taken down. The agency attached to it a photo showing identical covers of the guide book — one showed DoodleRoom’s version in 2013, and the other a re-produced version by STB this year.

STB had used the colourful design in other initiatives, one of which included a marketing campaign that was held in Sydney that year. The design was used on a food truck called the “Singapore Shiok Truck”.
In a statement, STB said they did not have to obtain permission from DoodleRoom for further usage of the design after clarifying that STB has “full rights to use, reproduce, and modify it”. This term was included in a contractual agreement the two parties had made in 2013.

“This practice is in line with industry norms, where the rights to creative assets lie with the client if provided for by contract,” STB said in a statement.
On 12 September 2013, STB had called for proposals for this year’s Singapore Art Week, which takes place between 13 and 19 January. STB received entries from six companies but none of them were from DoodleRoom.

STB hopes that DoodleRoom will continue to show interest in working together and emphasised that they fully respect intellectual property rights and also support the development of local creative talent to develop Singapore as a distinctive and compelling destination.

DoodleRoom has published a post on Wednesday to thank their supporters.
“We only wanted to express our disappointment for not getting the acknowledgement due. We know we have ruffled some feathers, however, there are many in the same boat who have cheered us on. Ultimately, we just want to aspire for an environment that is more conducive for fair play.” 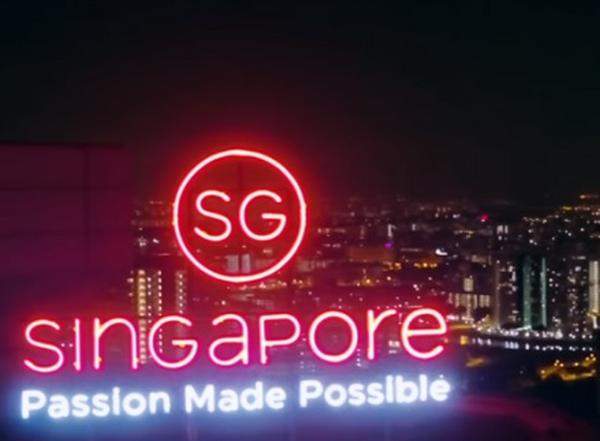 TOURISM TAGLINE CHANGED FROM “YOURSINGAPORE” TO “PASSION MADE POSSIBLE”, YOU LIKE?