VATICAN CITY — The Vatican is gearing up for a bruising showdown over the global priest sex abuse scandal, forced to defend itself publicly for the first time against allegations it enabled the rape of thousands of children by protecting paedophile priests and its own reputation at the expense of victims.

The Holy See tomorrow (Jan 16) will be grilled by a United Nations (UN) committee in Geneva on its implementation of the UN Convention on the Rights of the Child, which among other things calls for signatories to take all appropriate measures to protect children from harm and to put children’s interests above all else.

The Holy See ratified the convention in 1990 and submitted a first implementation report in 1994. But it did not provide progress reports for nearly a decade, and only submitted one in 2012 after coming under criticism following the 2010 explosion of child sex abuse cases in Europe and beyond.

Victims groups and human rights organisations rallied together to press the UN committee to challenge the Holy See on its abuse record, providing written testimony from victims and evidence outlining the global scale of the problem.

Their reports cite case studies in Mexico and Britain, grand jury investigations in the United States, and government fact-finding inquiries from Canada to Ireland to Australia that detail how Vatican policies, its culture of secrecy and fear of scandal contributed to the problem.

Their submissions reference Vatican documentation that show its officials knew about a notorious Mexican molester decades before taking action, correspondence from a Vatican cardinal praising a French bishop’s decision to protect his abusive priest, and even quotes from the former Vatican No 2 saying bishops should not be expected to turn their priests into police.

“For too many years, survivors were the only ones speaking out about this and bearing the brunt of a lot of criticism,” said Ms Pam Spees, a human rights attorney for the Center for Constitutional Rights, which provided a key report to the committee. “And so this is a very important moment for many, many people who are here in Geneva and around the world who will be watching as the Holy See is called for the first time ever to actually answer questions.”

Indeed, to date the Holy See has never had to defend its record in public or in court since it has successfully argued that it is immune from lawsuits as a sovereign state and that, regardless, bishops were responsible for paedophile priests in their care, not the pope or his policies. Even efforts to have the Vatican investigated for crimes against humanity at the International Criminal Court withered.

But the Vatican was compelled to submit to the UN rights scrutiny as a signatory of the convention and officials have privately said they are hoping at best to do damage control at tomorrow’s session.

The Vatican will be represented by its most authoritative official on the issue, Monsignor Charles Scicluna, for a decade the Holy See’s chief sex crimes prosecutor. He is credited with having overhauled the Vatican’s procedures to better prosecute paedophiles in-house, but the Vatican to date has refused to instruct its bishops to report suspected cases of abuse to police, saying they need only do so when required by local laws. 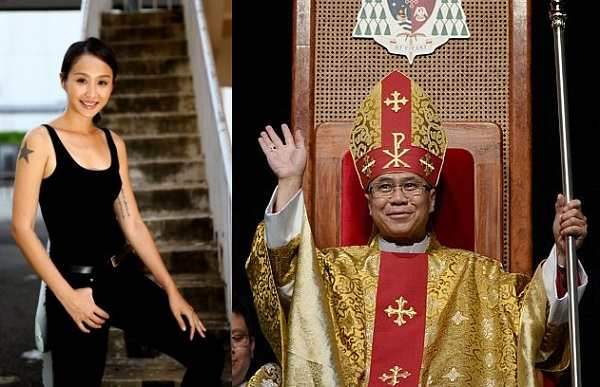