This next story is for gastronomic adventurers and not for picky eaters reticent to anything less arcane than supermarket roast chicken.
If your friend came from overseas and you wanted to thrill him with some exotic food, where would you bring him?  Well, the most exotic thing I can think about is to bring him to eat reptiles.  The very word, "reptile" should should conjure up images of dinosaurs, lizards, snakes and other slimy, creepy, crawly creatures which should induce repugnant revulsion in some or  an intense thrill-for-the-kill in others.Then there are different parts of the anatomy that can also produce that "eeewww" in people.   We are conditioned to eat cuts of meat, which is essentially the muscle of the animal.  Some people would go "eeewww" when presented with intestines, although they would happily eat a sausage. (assuming they are traditionally made with natural casing).  The head of the fish can be revolting for some, the feet of chicken for others.  Sheep eyes, which are, in some cultures, regarded as the most prized bit that is reserved for the honored guest can be a challenge for some.  But if there is one organ that takes the prize, it has got to be the penis.  Just the thought of putting it into your mouth and biting it should make a few legs cross. 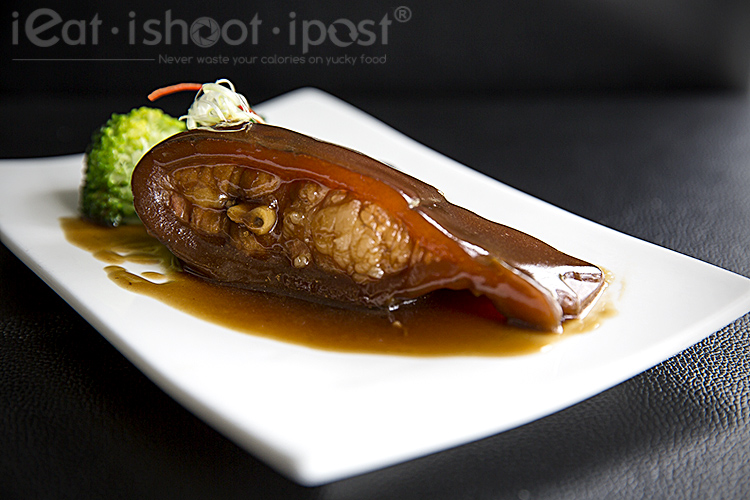 Braised crocodileOk, now that I got you screaming:  "Oh stop teasing already!  Where, oh where, praytell, can I savour such delicacies?"Where else but Geylang? Or more specifically, "Old Geylang""Old Geylang" is this new restaurant which is a joint venture between two old brands, viz "Turtle House" and "Old Punggol Seafood".  Both restaurants bring their own menus to the table so that you can savour signture dishes from both places.Let me cut to the chase and give you the skinny on this.  The joint venture might have worked if the Old Punggol side were still in the equation.  The problem is that they have already bailed out, so it is only Old Punggol by name.  The one good thing the joint venture did do was to resurrect Turtle house whose owner had already closed his restaurant in order to retire. So for fans of the turtle soup, this should be great news. 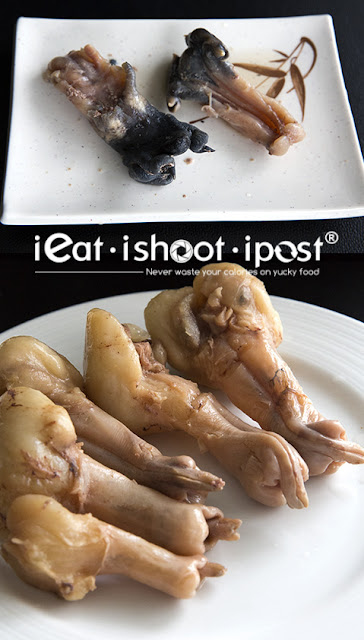 Top: Turtle penis.  Bottom: Crocodile penisAll the exotic stuff that I have spoken about thus far comes from the kitchen of the Turtle House.   This is certainly a place which I can recommend for a claypot of hearty turtle soup.  The herbal tones in the soup is robust and the different parts of the turtle provide a wonderful playground of textures from the gelatinous to the crunchy to the meaty which should please lots of turtle soup fans.  4.25/5They have also introduced another reptile into their repertoire — crocodile.The braised crocodile tail was a very pleasant surprise.  Up till now, I have always thought about crocodile meat as a cross between fish and chicken.  I have not considered what the skin would taste like. Braised crocodile skin (the part just beneath the leathery exterior) actually has very interesting texture.  It's something like a cross between braised pig skin and gummy bears.  The skin absorbs the flavours of the braising sauce very well and is reminiscent of braised sea cucumbers.  Good to try if you are looking for something novel.  4.25Then of course, if you really need some something to boost your mojo (or your husband's), Turtle House has a stash of Jolly Rogers from both the turtle and the crocodile.  It's fun to have them served to your unknowing guests and see their reaction when you reveal the secret ingredient to them and take bets on whether they will swallow or spit it out.  Can't tell you how they taste as I didn't try them that day.  Can't have too much mojo, you know, got to get back to work in the evening! 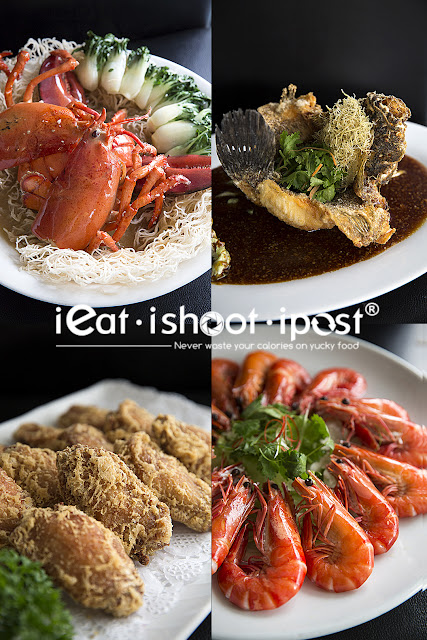 The Cze Char from the Old Punggol side is best avoided if you are the type who live to eat.  Better to save your calories for a future conquest.  The only thing that is going for it is that the seafood is fresh and reasonably priced. The sauces and seasonings are all quite average so don't say I didn't warn you. 3.5/5 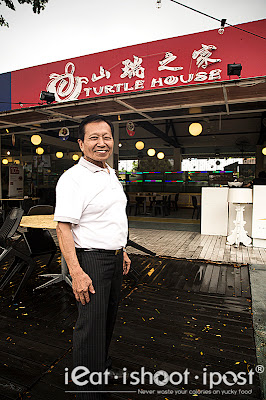 Boss of the old Turtle HouseConclusionFans of Turtle House can rejoice that their favourite turtle soup is back!  This is certainly a place to find something  a little more exotic. On paper, the Old Geylang concept is good.  Turtle soup and cze char dishes all under one big air-conditioned restaurant.  There is also parking in the compound of the halfway house from whom they are renting the premises.  It is just too bad the Cze Char is so lack lustre.  But that can quickly change if they manage to hire a more competent chef. 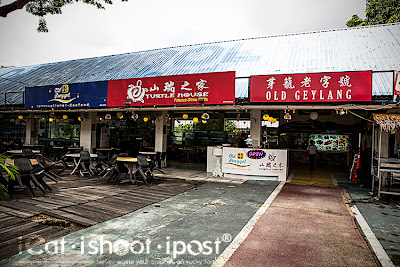