According to an announcement by the two parties, the partnership will “allow collaboration on important marine issues in Singapore”, and will last for five years.

It will focus on conservation, marine mammal veterinary medicine, public education and the support of regional projects through joint conservation events and fundraising efforts, according to the statement released on Friday.

“Beyond being a world-class tourist attraction, the park has also demonstrated a strong commitment to marine conservation and has a team with a wealth of expertise,” said CI’s senior vice-president of its Asia-Pacific field division David Emmett. “I believe that this partnership will further our mission to ensure that vital natural resources are preserved and used sustainably for the long term benefit of people and all life on Earth.”

The MLP previously received significant criticism for its treatment of 27 bottlenose dolphins purchased from the Solomon Islands. Three of them died while in training in the Philippines and Langkawi before being transferred to Singapore.

The remaining 24 are housed in its Dolphin Island, where a series of interactive programmes, with admission ticket prices ranging from $58 for child or elderly observers to $498 for its “Trainer for a Day” programme for adults. Some of them are also on display at its SEA Aquarium.

Speaking on behalf of wildlife activist group Acres, its founder and executive director Louis Ng said he was very “disappointed” to learn of the tie-up. In 2011, Acres had spearheaded a campaign against MLP’s purchase and housing of the bottlenose dolphins. It says the effort garnered more than 630,000 supporters.

In a post on his Facebook page, he said he was “really disappointed that Conservation International, a group I really respected as a student, has chosen to not only partner with Resorts World but to publicly say that the Marine Life Park has ‘demonstrated a strong commitment to marine conservation’”.

“Does the strong commitment to marine conservation include the purchase of wild-caught dolphins and pushing the Indo-Pacific bottlenose dolphins one step closer towards extinction in the Solomon Islands? Not forgetting that 3 of the wild-caught dolphins have already died,” he wrote. “I wonder if Conservation International will be able to clarify this further.”

Echoing Ng’s view was veteran local naturalist Tony O’Dempsey, who has been involved in various conservation projects in Singapore the past two decades.

“I am curious as to why a conservation organisation [CI] would offer such high praise for an organisation that enslaves wild-caught dolphins,” said the 52-year-old. “As long as RWS continues to enslave dolphins, they will have no credibility with me no matter what other research they may be involved in.”

Independent wildlife consultant Subaraj Rajathurai noted that CI may have good intentions in its partnership, as RWS’s large numbers of visitors do stand to benefit in learning about marine conservation issues such as shark finning.

The group, however, should not simply ignore the dolphin issue, he added. “This avoidance of the fact [that MLP is dealing with wild caught dolphins] does not portray CI in a positive light as it is simply too large a black cloud over MLP,” he said.

“The main fact is that these dolphins have been removed from the wild, risking wild populations, for RWS’s entertainment plans,” he continued. “CI should realise and understand this and do something positive about it.”
Ng also asked if CI can clarify if it is receiving funding from RWS as part of the partnership, and if so, how much it is getting.

“We hope that CI can clarify if it is aware of the way the dolphins were acquired by RWS and the scientific literature about the effects of the capture of the dolphins,” he said.

Partnership ‘does not cover dolphins’: CI

When asked about the partnership, a spokesperson for CI stressed that the collaboration “does not cover dolphins”, and that its partnership will launch “a series of marine conservation efforts, focused initially on sharks and manta rays”.

She also added that their joint efforts will focus on education, science and outreach. “We will provide counsel and advice on marine conservation and sustainability issues,” she said.

CI’s spokesperson also directed dolphin-related queries to RWS’s corporate social responsibility department.
CI has previously been criticised by international conservationists and environmental news agencies for its controversial partnerships with large corporations, all of which involve the companies donating significant, but undisclosed, sums to CI. When asked about this, a spokesperson for RWS did not respond directly to queries, but the company previously noted that opinion, on the whole, about dolphins under human care remains divided.

However, in a statement posted on its Facebook page in response to concerns aired by Facebook users, CI said it did not receive any funds from RWS when setting up the partnership.
When contacted by Yahoo Singapore, CI confirmed this, noting that RWS will only fund projects that are undertaken by both CI and RWS in the process of the partnership.

Experts in the study of animal welfare and environmental conservation have highlighted the difference between the two, explaining that while animal welfare does not accept the suffering of any species, conservation tends to take a broader perspective, frequently accepting trade-offs in the course of its aims.
Said Prof Chou Loke Ming, director of the Bachelor of Environmental Studies programme at the National University of Singapore, “There is so much to do in marine conservation, and partnerships are most rational in optimising synergy amid limited funding and increasing challenges.”

He pointed out that the fact that dolphins are being held in captivity should not be taken as a point to censure RWS’s overall marine conservation programme.
“If it is an animal welfare argument, then there is no difference between keeping dolphins and forcing horses to race, or caging singing birds, or keeping fish in aquarium tanks, small or large,” he said. “If it is a conservation argument, the big picture is that other human activities such as fishing and habitat quality decline do greater damage and kill much more dolphins, and they should be addressed through more effective conservation efforts.” 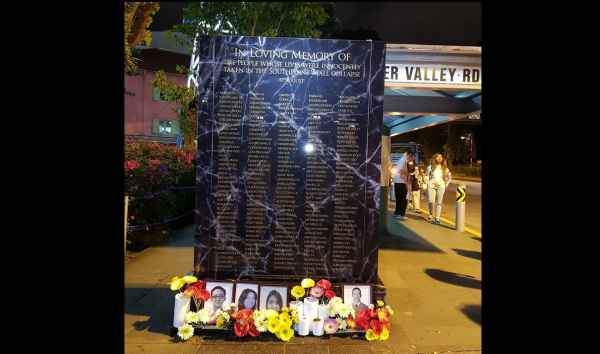 CASINOS MADE US$5 BILLION, HOW MUCH MONEY WAS LOST BY S’POREANS?