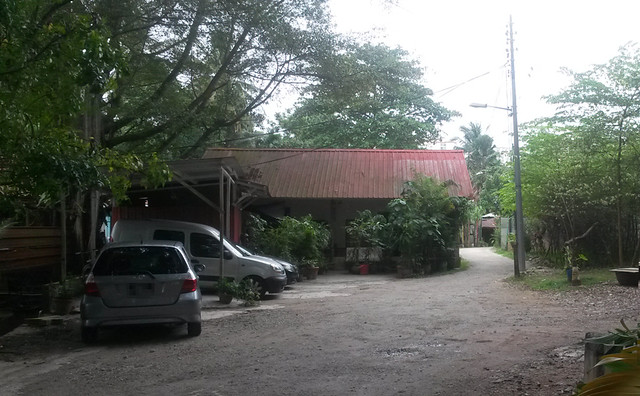 The village is a cluster of zinc-roofed houses with 3-5 rooms and houses measure about 1507 square feet each and are spaced 5 metres apart. Some fruits, vegetables and flowers are grown in the kampung, such as jackfruit, banana, tomatoes, chilli padi, lime, as well as morning glory and hibiscus flowers. Chickens and dogs are left to roam freely. 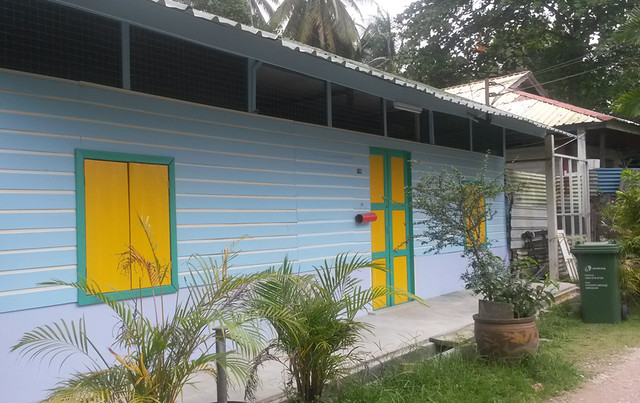 The land was acquired in 1956 by Mr. Sng Teow Koon, a traditional Chinese medicine seller. According to Mr. Sng’s daughter, her father had a dream about the Chinese diety “Tua Pek Kong” which led to his decision to buy the land. Kampong Buangkok was originally just a swampy piece of 230,994 square feet land with only 5-6 homes. After purchasing the plot, he set up home in the village with his family and started renting out land to people to build homes. Residents used to pay rental of $2-$3 then. 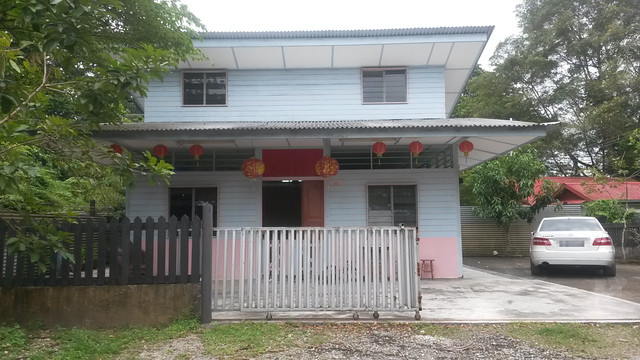 There is a surau (prayer room) in the kampung – pictured below. Village matters are presided over by the headman, Awe Bin Ludin. He is also the person in-charge of Muslim affairs in the village. During the fasting month, he would inform the villagers on their fasting and prayer times. He also maintains the surau, conducts prayers, and collects money for surau repairs and offers of condolences. 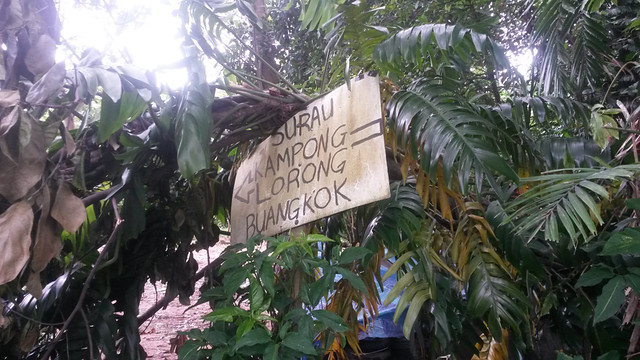 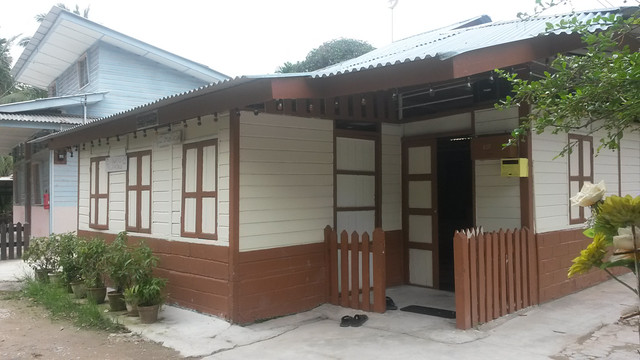 By the 1960s, it housed about 40 families. During the 60s, most residents worked in the nearby Woodbridge Hospital or factories. According to one of the residents. Currently it houses 28 families (18 Chinese and 10 Malay) and they now pay a token $13-$30 per month in rent to the landlady, Ms Sng Mui Hong, who inherited the plot of land from her father and continues to live in the village with her nieces. For tenants who are short on money, she also accepts fruits and rice as payment in kind. 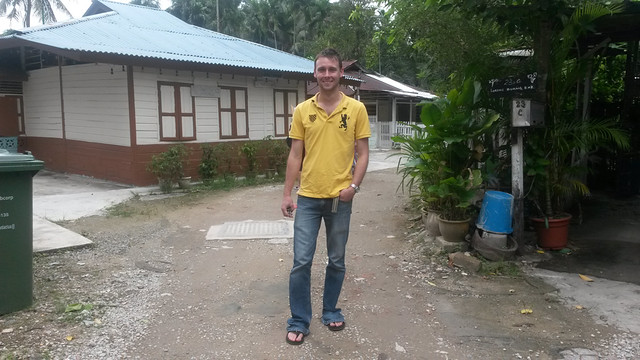 This plot of land (now shrunk to 131,837 square feet) about the size of three football fields is Singapore’s last rural hamlet, a forgotten straggler in the rush to modernize this high-rise, high-tech city-state. But apparently not for much longer. Kampong Buangkok is designated by the government for demolition and redevelopment. Under the city’s master plan, at an unannounced date Kampong Buangkok will be “comprehensively developed to provide future housing, schools and other neighborhood facilities”, said Serene Tng of the Urban Redevelopment Authority. 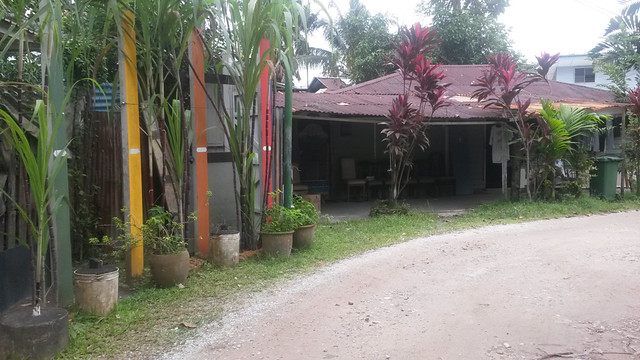 So if you have not yet seen the last rural village in mainland Singapore, it’s definately worth a visit before it too disappears like the hundreds of other kampongs the used to be scattered all around Singapore. A note to visitors though, is to be respectful of the residents as you walk through the village, do not walk into private spaces like porches (most houses don’t have fences), and ask for permission before snapping photos of the residents.