A Singaporean woman, Irene Clennel, who lived without valid immigration papers with her Scottish husband for 27 years in the UK, has been deported back to Singapore by the UK authorities. Irene had been held in a Scottish detention center since the start of February before being sent back to Singapore on Saturday. She was put into a van and forced into a plane bound for her home country. She did not have access to her lawyers or have the chance to pack any clothes.

News reports have finally revealed the nationality of the 27 year-old man, who was arrested during the F1 event on Sunday when he crossed into the F1 night race track, prompting panicked responses from F1 officials. The British national, who was captured on camera as he walked along the track while the race was ongoing, was arrested for committing a "rash act" and was charged in court this morning.

A BRITISH appeals court has freed a Singaporean dad jailed for contempt after finding the judge involved should have recused herself from dealing with the case. The court held that the judge had been so "steeped" in the child wardship case, which led to the contempt hearing, that it would have been a "better course" and "a safer one" for another judge to hear the case.

Will you be participating? 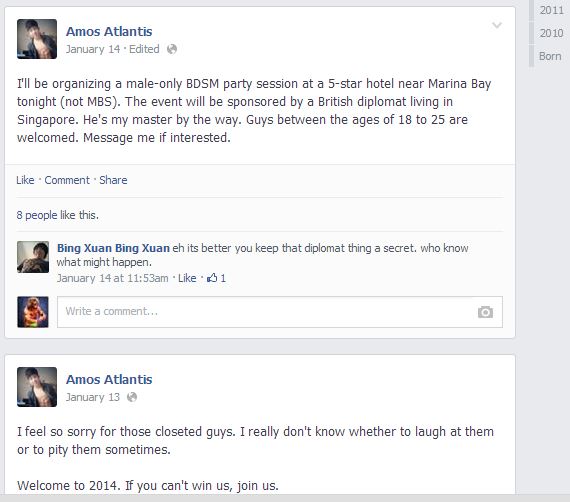